Powerful, stable, economically dynamic … The qualifiers are not lacking to speak about Chad, which is a country of more than 1,200,000 km2 and filled with many contrasts. Despite the recent discovery of a gold deposit, the adjectives that could qualify Batha, region to the north-east of the capital Ndjamena, are rather pejorative.

When Idriss Déby was re-elected at the head of Chad in April 2016, his plebiscite in the northern regions was announced and the results were between 90 and 98%. The numbers were a surprise, all the more because these are large parts of traditionally rebellious areas. Most of them are populated by different ethnic groups from those of the outgoing president. The result is all the more important for the government in power because Batha is a strategic point to go to the east and north of the country. In the east, rebel groups established in Darfur are still present. In the north, several rebel groups found refuge in southern Libya. They had explicitly threatened to go on the offensive in the event of re-election due to Mr. Déby.

We are mainly confronted with laughter when we talk about this topic with locals. The feeling that dominates is a deep disillusionment. However, the flags and emblems of the PSM, the political party of Mr. Déby, are visible in most villages. The latter is by the way quite explicit: a hoe crossing an assault rifle, the whole surmounted by a torch. The motto of the party, “dying for salvation”, is just as much explicit. The link between the army and the political party of the Chadian leader is such that its opponents have often been violently suppressed. 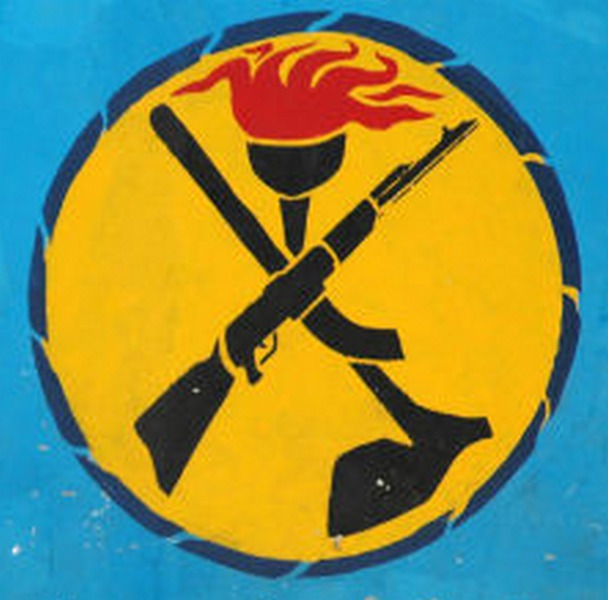 It must be said that the State put in an appearance principally in Batha through his military power. At the End of 2015, an important gold deposit was found in the region. The gold panners converged from all over the country and sometimes also from the neighboring countries to try their luck. Some of them sent all their belongings to buy a motorbike or a gold detector and went to the coveted site. The price of foodstuffs and basic necessities increased exponentially in the surrounding areas. The deployment of troops was justified by a rhetoric of security, according to the prefect of Batha. The army is destined to control the massive presence of foreign gold panners. The argument of the use of mercury by panners, which is harmful to the environment and especially for elephants, is also used.

A state that neglects its duty?

On the spot, the local population expresses a different opinion. The military are not only securing the access to the area. They have often taken all the belongings, mainly motorbikes and gold from the gold panners. There are also reports of murderous shots at the gold diggers. They are not the only victims of military abuse. Many merchants take advantage of this influx of people to sell their goods there. Many goods of these merchants have also been burned or confiscated.

In Batha, the two sections of the road that had to connect this region to the capital were never linked. Trade flows between the east and the west continues to transit through neighboring regions. Some numbers are eloquent to evoke the abandonment of Batha: