In Rio de Janeiro, Dunkirk, and Venice, the month of February is all about festivities. Indeed, millions of people come alive when it is time for carnival. Often, these traditional parades mean there will be excess and celebration. Each country, or even each city, has its own traditions to celebrate this period which marks the beginning of Lent. Le Journal International offers you a world tour of carnival traditions.

The history of carnival is intrinsic to the one of Lent, which is a period of fasting in the Christian tradition. The word derives from “carne levare” in Latin, which literally means to remove the meat. Here, meat refers to the fat that is forbidden during fasting. Therefore, during carnival, Christians enjoy prohibited excess for forty days. In Europe, the carnival is the result of a mixture of the antic tradition of Saturnalia with the Christian religion. Previously, the festivities lasted from Christmas until the first day of Lent. This tradition has now crossed borders to establish itself in other parts of the world, bringing joy and folly into everyday life.

Rio: a festival of colors and excess 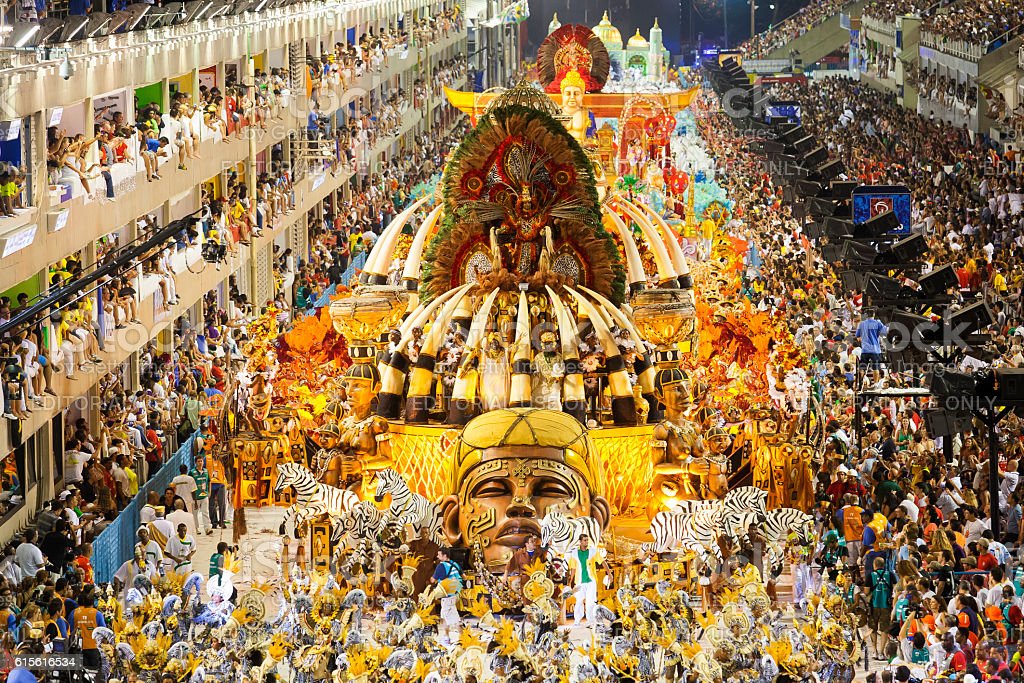 The Rio Carnival is undoubtedly the world’s most famous carnival. In Brazil, this celebration is an institution and is one of the national holidays of the country. The festivities last from the Friday prior to Mardi Gras until Mardi Gras. Each year, Brazilians and tourists from all over the world fill Sambodromo and its 75 000 seats. Then, the place welcomes the parades of all the schools of the city that have worked all year round for this event. They are all hoping to earn the award of the best school in the city, a trophy awarded since 1932.

The preparations for the carnival are long and often start after the carnival of the previous year. Costumes and floats are extravagant to prepare for the calm and austere period of Lent. Then, all excesses are allowed, including for the floats that more than 200 people have built manually. Feathers, large structures: extravagance is the motto in the making of costumes.

First, Friday is the day when the crown is delivered to Momo, the Greek figure of irony who symbolizes carnival. He is elected through a contest and the mayor hands him the keys of the city for four days, which symbolizes the start of his festive reign. From then on, samba choreographies flourish on every street corner up until the final event: the parade in the Sambodromo. During this night, people dance until dawn for about eight hours. By the end of Mardi Gras, life returns to normal and Brazilians, who are often pious, start Lent and its forty-day period of calm.

South Africa: the celebration of a new year

On every January 2nd, inhabitants of Cape Town fill the city for Kaapse Klopse. This carnival, which fills the streets with music, floats, and dancing, is a tradition that comes from the Slaves Feast that was created in the 19th century. At the time, Dutch settlers celebrated the new year. Then, millions of minstrels, medieval musicians, organized themselves in klopse, which means troupes in Kaapse Afrikaans. This celebration was a day off for the slaves as they could go about their day as they pleased.

Unlike the extravagant Brazilian costumes, those of Cape Town are rather classical. Indeed, the Carnival of Cape Town is all about glitter, hats, and original umbrellas. The focus is on color because the event was previously the only festival for slaves who could then forget about their conditions for one day.

The parades are done by minstrels who organize themselves in groups. These different groups sing songs in Afrikaans in the cities. The carnival is primarily a family tradition that has been going on since the 19th century. It is a time to pay tribute to South African history during which the inhabitants of Cape Town commemorate their past.

The Carnival of Venice is the most famous in Europe. Indeed, the event plays a major role in the tourism of the city. Each year, the town council collects close to 70 million euros thanks to half a million tourists. During this time, St Mark’s Square is colored by masked couples with Renaissance-style outfits and confetti. The celebration dates back to the 10th century and at the time people did not dress up. Two centuries later, the Venetians dress up to show how seducing wealth and fashion can be.

Traditionally, this celebration honors freedom and disguise. Venetians allow themselves to criticize the nobility when they are under their masks. Also, this period is not marked by the separation between the rich and the poor. The costumes are inspired by the characters of the Commedia dell’arte, which was created in the city of Bergamo, next to Milan. It is not uncommon to come across Harlequin or Punch on a street corner. The Carnival of Venice is distinguished by its masks that date back to the origins of theatre. In fact, in the Commedia dell’arte, the different characters used to recognize each other with these accessories.

The celebration lasts twenty days and ends on the day of Mardi Gras. It starts with the flight of the angel where a young girl comes down to St Mark’s Square on a zip line on the first Sunday of carnival. On the eve, the feast of the Marys takes place during which twelve beautiful Venetian women parade the city. The event pays tribute to the Doge of Venice that offered marvelous jewelry to twelve Venetian women each year. The twenty days of celebration come alive with parades, concerts, and theatrical street performances. At the end of Mardi Gras, the carnival comes to an end and Italians go back to finding the peace of gondolas.

Martinique: a must-see event of the year 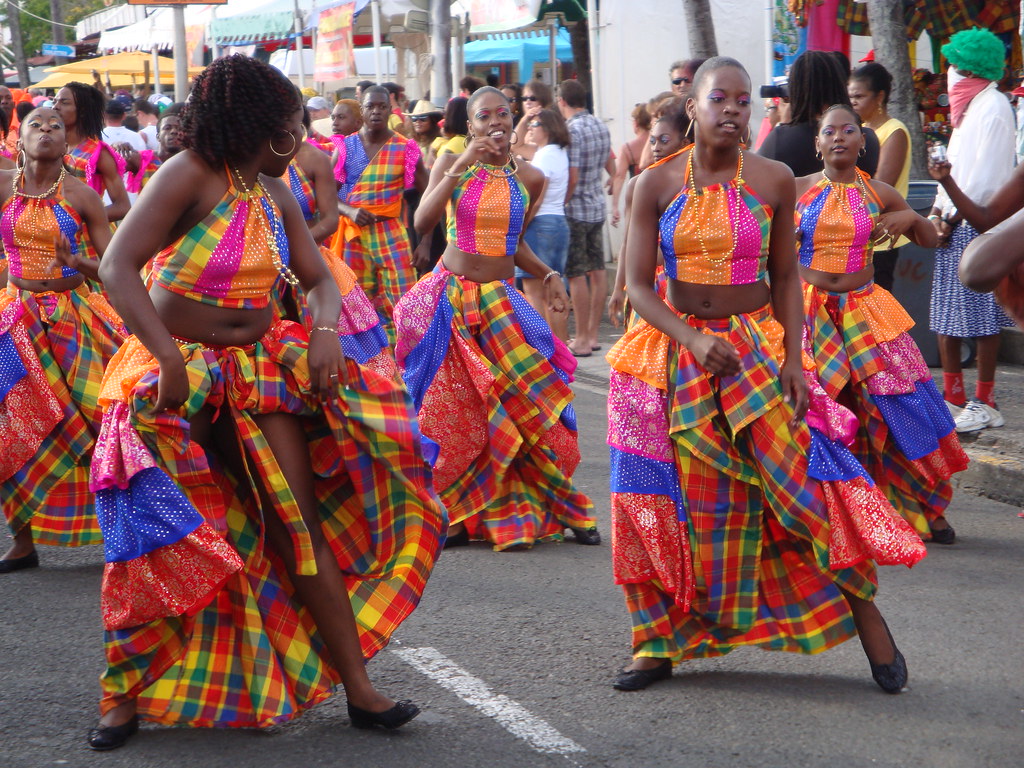 Carnival at Fort-de-France in February 2010 (Image source: Nawal_ on Fickr)

The Carnival of Martinique is a must-see period in the calendar of the island. Indeed, each year, the city of Fort-de-France welcomes numerous floats, parades, and street orchestras. This tradition dates back to the 18th century, at a time when the island was still practising slavery. At the time, the carnival condemned daily conditions by mocking the sufferings of colonial life. This led slaves to feel free for a moment while surrounded by songs, dances, and traditional celebrations. The celebration was not a moment of freedom, but rather a time to denounce the pangs of a harsh and restless life.

The Carnival of Martinique lasts five days and ends on the day of Ash Wednesday. Saturday is the first day of celebration during which the outing of the queens takes place. They are elected in their municipality and are all accompanied by dauphines. On that day, they parade in the streets wearing their most beautiful dresses and spark wonder and admiration. On Mardi Gras, all the carnival participants wear red and horns to symbolize the devil. Martinicans also hold up Vaval, the king of the carnival, a statue that represents a person or a notable recent event. On the last day of the carnival, Martinican women dressed up in devils set the character on fire to mark the end of the festive season.

The costumes of the Carnival of Martinique are varied and let the imagination run free. Inhabitants can dress up or make a mockery of a person. Nevertheless, Martinicans do not forget the slave tradition. Inhabitants wear whips that symbolize past slavery. Vaval is the most important symbol of this festivity because burning it is said to purify the souls before the new year.

That is the end of our world tour of carnivals. From the Sambodromo of Rio de Janeiro to the streets of Fort-de-France, the carnivals liven up the world with their holiday spirit. Nevertheless, this year is disrupted by the health crisis of COVID-19 that forces millions of carnival participants around the world to stay home. In fact, many carnivals have been cancelled or postponed, depriving some cities of their largest influx of tourists. But if 2021 is not a year for celebrations, we can only hope to see these beautiful cities recapture the color and music of celebration and freedom in 2022.