Corona bonds: will the European division be overcome?

While solidarity within countries is spreading to overcome the slump of quarantine, it remains difficult to notice it between the members of the European Union. Will Corona bonds be the solution?

“Europe will not be made all at once, nor according to a single, general plan. It will be built through concrete achievements, which first create a genuine solidarity” stated the Schuman Declaration of 1950. These ambitions are more topical than ever at a time when the health crisis is reaching its peak. Nevertheless, members of the Union who are trying to find a common solution are once again confronted with the traditional antagonism between Northern and Southern Europe.

It will therefore be a question of reflecting upon past divergences in order to anticipate the resilience of European companies, victims of a relentless recession. A recovery that could find its source in the variety of financial mechanisms for crisis management, developed on the ruins of the debt crisis in the euro zone.

At the beginning of March 2020, the European Central Bank promoted the urobonds mechanism, currently known as “corona bonds”, which consists of asking investors from all over the world to loan the European Union an amount of money to anticipate the end of the crisis. It should be remembered that the level of confidence remains specific to each country in the Union, which is reflected by the disparity in interest rates, a topical discussion point. The originality of this mechanism lies in the fact that a joint loan to the European Union would guarantee a relatively low rate for Southern Europe countries, who are also the most affected by the pandemic. This mechanism seems to benefit Rome, Madrid and Lisbon, while Berlin and The Hague fear it would make them dependent on the South at the expense of Northern economies.

According to Dutch Prime Minister Mark Rutte, the introduction of Eurobonds would lead to a political burden that would make Germany and the Netherlands (beneficiaries of low interest rates) co-responsible for the debt of Southern countries. Berlin also agrees with this position expressed by German Finance Minister Olaf Scholz, who advocates the establishment of the ESM (European Stability Mechanism), considering that it is too early to implement Euro Obligations.

In comparison, leaning on international financing has proved to be effective in Africa. These resources encouraged them to rebuild budgetary discipline and a transparency policy, thus reducing the diversion of funds. However, the European Union cannot apply such a mechanism without taking into account the post-traumatic syndrome of the sovereign debt crisis. Thus, the issue of debt sustainability seems to echo once again from the Bundesbank walls.

Despite everything, it should be remembered that the controversies surrounding Eurobonds, or the introduction of the ESM, are nothing new. This pattern already occurred between 2010 and 2012 with the same aim of a fiscal stimulus for the most affected countries. 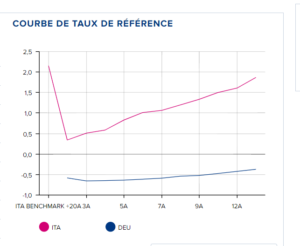 The Eurozone countries found themselves heavily indebted as a result of the Subprime Mortgage crisis of 2008. Greece, in particular, had to adopt an austerity plan, threatening to default on its debt. The question of this country’s place in the Eurozone is raised within the institutions, which causes great concern for the markets, fearing that the former may be destructured. Thus, in order to maintain European unity and to prevent potential economic crises, on 1st July 2011, the EU states ratified a treaty establishing the ESM in accordance with the new Article 136 of the Treaty on the Functioning of the European Union (TFEU). This, in theory, made it possible to grant loans but also to buy back the debt of states in crisis (via monetary operations on securities), imposing specific measures on them in terms of public finances. This mechanism is a revolutionary step in the construction of Europe, but nevertheless gives rise to a large number of differences of opinion about both its efficiency and its ambition for solidarity.

In the words of Fabrice Bin, “The ESM is best known for its intervention in Greece, where solidarity was less striking than the importance of the counterparts demanded in terms of structural reforms.” Indeed, despite the implementation of this measure in 2012, Greece still has a debt of 178% of its GDP and an unemployment rate of 16.7%.

Moreover, Article 4 of the Treaty seems to reflect a prominent inequality among Eurozone members. With Germany holding around 27% of the shares, France more than 20% and Italy more than 18%, it raises questions about solidarity that could be based on economic governance by the “strong” countries of the Union. Are we then to understand that this is a necessary evil? Indeed, this observation has to be put into perspective in the sense that this inequality is logical, since it is calculated according to the respective GDP of each state. Moreover, Portugal and Ireland have been able to take advantage of the ESM, which nevertheless shows a European willingness to move towards monetary federalism. A will reaffirmed by the ESM Director this year, who considers it preferable to strengthen existing measures rather than resorting to Eurobond, the latter taking between one and two years to be effective.

On Tuesday 24th March, following on from this outline, the Union’s finance ministers concluded that the conditions for implementing the ESM could be made more flexible. The aim would be to make the funds available to all countries during this crisis, thus removing the imperatives feared since the Greek crisis. The only condition would be long-term compliance with the European Stability Pact system. The European Central Bank, refusing to use the MTOs in this context, also stands ready to repurchase €750 billion of sovereign debt under the Pandemic Emergency Purchase Programme (PEPP).

At this time, no decision has been made. The hesitation thus appears to be a weakening of European cooperation and is justified by the lack of confidence in the budgetary discipline of certain southern European states. This event raises many issues that predate the epidemic and call for a rethink of European solidarity and crisis management structures. The specific risk management of health crises requires immediate action by decision-makers in order to prevent the spread of the disease and to prevent long-term economic and political consequences as far as possible. Solidarity within the European Union therefore seems to be as much a matter of choice between different financial mechanisms as a political willingness to move towards monetary federalism.

Thousands died for nothing? Armenia VS Azerbaijan 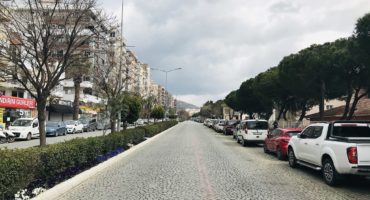