The music industry has been grieving since February 22, 2021. Daft Punk have dropped their masks after 28 years of working together, 4 albums, 2 films and several five-star collaborations. The group members, Thomas Bangalter and Guy Manuel de Homem-Christo, surprised everyone by releasing a video simply entitled “Epilogue”. It uses scenes from their film “Electroma” and suggests that the duo has come to an end. Let us recount this legendary band’s unique story and destiny, which started slowly and finished at the height of its glory.

1992: Their first band Darlin’ is not to the liking of the public

Thomas Bangalter and Guy Manuel de Homem-Christo met at school in the early ’90s and formed their first group with Laurent Brancowitz, who later left to become the guitarist of Phoenix. The punk band released 4 tracks. Their most famous one, “Cindy So Loud”, sold 1500 copies. This album was obviously not successful, and the group soon disbanded.

Nevertheless, this slow start helped the duo find the name of their group after the English newspaper, Melody Marker, called their music “Daft Punk Trash”, i.e. silly punk. Under this name, songs such as “Get Lucky” with Pharell Williams or “I Feel It Coming” with The Weeknd became international hits. 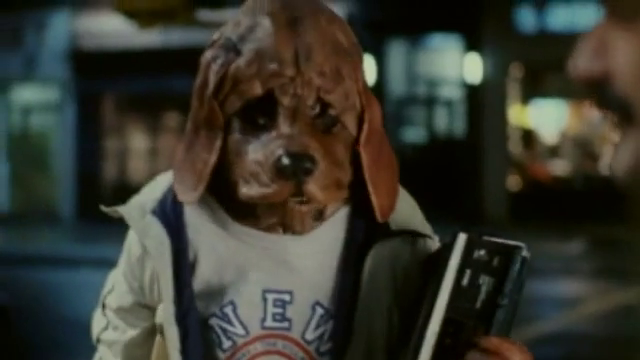 In May 1995, Daft Punk released “Da Funk”, their first hit as a duo. This electro track, which is a tribute to funk and electro music, reached the top of the charts, achieving 7th place in France, 16th in Finland and 9th in Belgium: it made the whole world dance. Since it has no lyrics, “Da Funk” stands out for its originality and makes us discover the band’s instrumental world.

The song’s video clip is also legendary. Directed by Spike Jonze, who directed the movie Her starring Joaquin Phoenix, it features a man wearing a dog mask and roaming the city of New York. Walking with a crutch, he meets several people, each encounter triggering new sound effects. The duo reinvented video clip editing by creating a real short film instead of a mere collection of scenes put together to make a video. 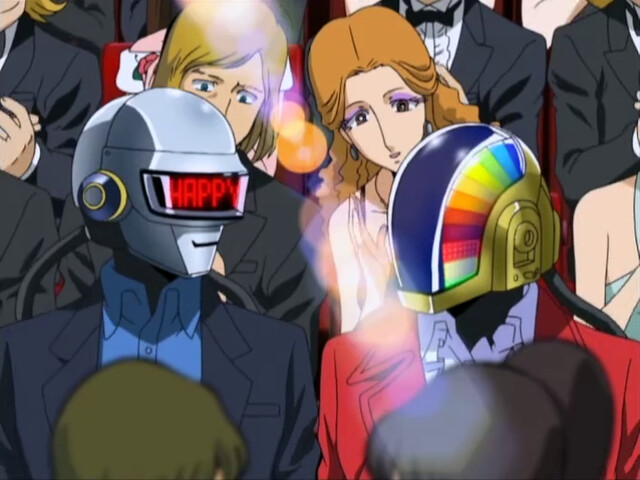 Daft Punk were everywhere and especially where we least expected to see them. in 2003, they were in cinemas everywhere with their film Interstella 5555, co-directed by Leiji Matsumoto, mangaka and creator of the famous fictional character Captain Harlock. This first opus relates the adventures of four musicians kidnapped by a gang leader who dreamed of forming the biggest band in the world. This anime is a cross between Japanese graphic art and French house, the music genre of which Daft Punk are the purveyors.

The film’s soundtrack includes all the songs of their album Discovery – with the famous track “One More Time”, of which the video clip was directed by Leiji Matsumoto. The album was a real success and the legend of the helmeted duo was born. The album remained at the top of the French charts for 215 weeks and was in the Spanish, Swedish, Finnish and Thai charts too. Though no one had seen their faces, Daft Punk’s name was on everyone’s lips. 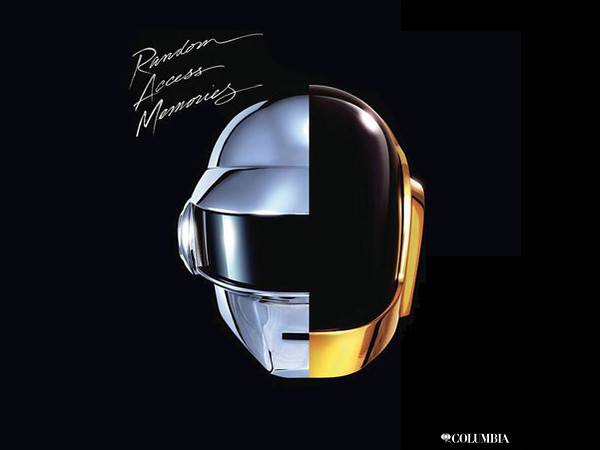 Like phoenixes rising from their ashes, Daft Punk came back on stage 8 years after the release of their third album, Human After All. They later reunited with Pharrell Williams and guitarist Nile Rodgers for “Get Lucky”, the first single of their album Random Access Memories. The song’s clip is dark and intimate and features the 4 artists. Its effectiveness rhymed with success as the French duo raided the Grammy Awards.

On February 10, 2013, all the journalists in Los Angeles had one name on their lips: Daft Punk. The spokesmen of the French Touch received no less than 4 awards at the prestigious Annual Grammy Awards ceremony: “Get Lucky” won awards for Record of the Year and Best Pop Duo, and their album became the Album of the Year and the Best Dance/Electronica Album. 2013 was definitely the year of their return to success.

On February 22, 2021, Daft Punk surprised everyone by releasing a new YouTube video. While many expected a new song, the video offered them an ending instead – the end of a long collaboration littered with both successes and silences, as well as surprises. No one was expecting that. It had been almost 7 years since the duo had released anything.

The clip is very poetic. It is set in a desert where the two men walk side by side. One of them slows down while the other moves forward, but both are moving in the same direction. Thomas Bangalter slows down but his friend does not notice. Guy Manuel de Homem-Christo finally turns around and presses a detonator. His friend explodes with no sound nor music. This is by no means an end, it could be a new beginning as the survivor moves towards the sun. Perhaps this is the announcement of a new solo project to come.

This is the end of our Daft Punk retrospective. Sometimes at the top of the music industry, sometimes lost in the desert, the French duo has forever made an indelible impact on the music industry. In a world where appearances are becoming more and more important, wearing a helmet seemed like a striking choice. It was these helmets that got them noticed and made them ultimately unforgettable. We still think of Daft Punk when we see this object. We can only hope that they see us dancing forever to the rhythm of their successful songs.