Our personal data: we should stop giving it away

“Accept cookies”, “accept the general terms and conditions of use”. Every day we accept them, but few actually read or look into these well-known cookies and conditions. On closer inspection, you would be amazed at how much data our small technological devices collect.

If you had to guess, how much data is exchanged globally in one second? The answer is 29000 Gigabytes (GB), which is the same amount as downloading 5 seasons of Breaking Bad. A continuous flow of data is constantly being exchanged in the world without it being visible to the naked eye. The amount and the use of data has established a new economy, to the extent that it cannot be overlooked anymore.

The data is being used “in the telecommunications sector to refer to data that circulates through telephone or IT networks, such as voice data”. Telecommunications includes use of new technologies: social networks, internet, smartphones… The huge amount of data exchanged in a second explains why the most powerful transnational companies are Google, Apple, Facebook, Amazon, and Microsoft (GAFAM). Thus, a new space has been created in an increasingly immaterial life, sometimes more utilized than the earthly space: it is cyberspace, digital space or even a virtual space.

Our data, the 21st century equivalent to oil?

Websites, social networks… There are many platforms that collect our personal data. In addition to collecting it, the platforms take advantage of the data selling it. Our data is highly valued, about $6 for a French credit card to up to $220 for a personal Twitter account.

Large technology companies as well as social networks, such as Facebook, are making money from selling our data. The social network algorithms are programmed in a way that you never reach the end of your feed and offer us content that is more and more personalized, based on our searches. In the movie The social dilemma, former social network employees expose this process. It is very difficult to retract the data, once shared: it is more or less impossible. The professor David Carroll has demanded his personal data be restored. The demand was a failure. The list of the collected data is long, ranging from your favourite filters, your religious beliefs to the events that you have attended. Even your political opinions are collected! 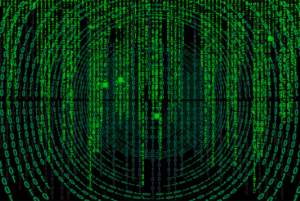 Are our rights put in danger?

The Cambridge Analytica-scandal is the best example of this issue. The company that had worked in collaboration with Facebook took the world by surprise when it came to light that they had influenced electors during the 2016 American presidential election in order to discredit Hillary Clinton. Facebook learned who were indecisive on their political views, and thus, who was easily influenced. Consequently, they were exposed to fake news on their social networks with the intention of influencing their decisions. The same thing happened before Brexit referendum in Great Britain in 2016.

Cambridge Analytica would have influenced a part of the population through their personal data. The British investigate journalist Carole Cadwalladr emphasized that this goes beyond a political divide between the right and the left, but it is a way to control our democracies: “Is it actually possible to have a free and fair election ever again?”. A solution? The establishment of norms to protect our personal data could be a first step.

A new space to be regulated

According to Thierry Breton, European commissioner, cyberspace is not yet regulated, just like any new field that man recently discovers. That will take some time. In December of 2020, the European Union (EU) introduced two regulation programs to organize, prevent and put the lid on the economic opportunities online for the large platforms. The regulation of digital marketplaces and digital services aims to establish obligations of means and results to transnational digital firms. The EU therefore has a desire to further control the activities of powerful digital companies in order to protect our data and the economic competition. However, the legislative process is long compared to the speed of technological advances. According to Thierry Breton, the digital space remains a “lawless area”.

Therefore, dear informed reader, it is up to you to think twice before accepting cookies or spending too much time on social media networks! 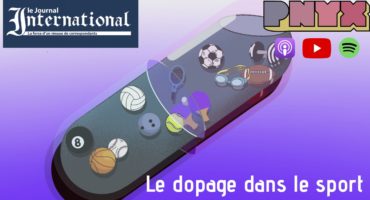