Denis Mukwege, a doctor and evangelical pastor, has been a human rights activist since 1983. He has been helping sexually abused women for more than thirty years in the hospital of Panzi, located in the Democratic Republic of the Congo. He was awarded several prizes for his work, including the Nobel Peace Prize in 2018.

At the age of eight, Denis Mukwege saw his father pray for a sick boy; this is when he understood his calling. He later specialized in pediatrics and defended a thesis on newborn vaccination for hepatitis B. In 1976, he graduated from Burundi Medical School and started working in the hospital of Lemera, later becoming its director. In this hospital, he treated children and women who were in critical conditions. Because he knew that women had to be in good health in order to combat maternal and child mortality, he went to study obstetrics and gynecology in Angers, France.

When he came back to the DRC, he opened a school dedicated to training midwives and nurses. Unfortunately, seven years later, the civil war led to the destruction of the school and most of his colleagues died under the rubbles. As a consequence, Mukwege fled to Nairobi, Kenya.

Just two years later, he started practicing again and when he returned to the DRC in 1999, he built the hospital of Panzi. Initially, the aim of this facility was to help women give birth, but it had to be remodeled due to the second civil war that resulted in mass rapes of women. During those times, Denis Mukwege mainly treated abused women. Until this day, he has treated more than fifty thousand women.

What caused the situation?

To understand Denis Mukwege’s work, it has to be put in its political context. The Congolese women were the focus of the war in Beni, in North Kivu of Congo. Rebel militia takes advantage of the government’s lack of control to steal resourses. Moreover, South Kivu has had many conflicts within its communities, which reinforces the  insecurity of the region.

Because of the genocide in Rwanda in 1994, approximately 1.2 million Hutus from Rwanda, including some who participated in the mass murders, fled to North and South Kivu. Two years later, after the first war in Congo, the Alliance of Democratic Forces for the Liberation of Congo, led by Laurent-Désiré Kabila, overthrew Mobutu, the former president of Zaire (the current DRC). However, as a result of the chaos caused by the first war, soon, a second war raged in the country, lasting from 1998 to 2002. At the end of the 1990s, during the second war, plunderings began to happen in countries who supported Laurent-Désiré Kabila, including Rwanda, Ouganda and Burundi. 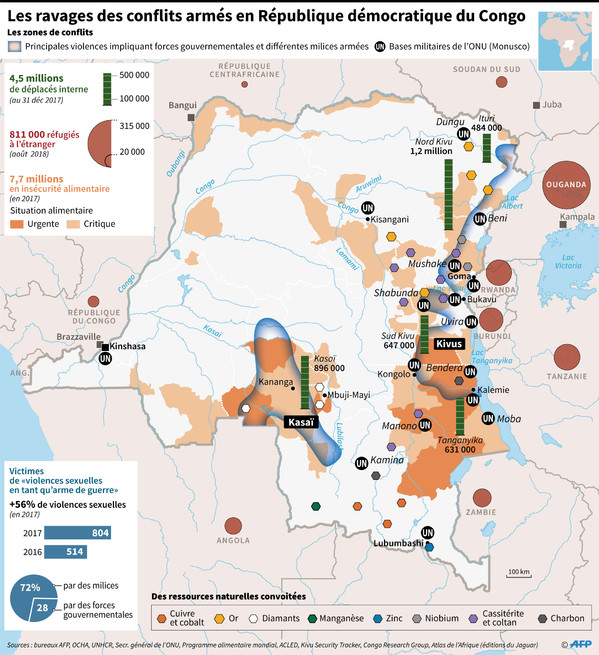 Ever since those wars, armed groups, such as Congolese soldiers, Rwandan rebels or Ugandans, are taking advantage of the insecurity in the region and are committing war crimes and abusing women, especially.

The international community has not responded to the conflict, which is considered the deadliest since World War 2. In 2010, The UN established the United Nations Organization Stabilization Mission in the Democratic Republic of the Congo (MONUSCO), which aims to protect Beni civilians. Although, the mission has been mostly criticized for its lack of efficiency.

Denis Mukwege wishes to heal women, internally and externally, who have been victims of abuse. In the documentary called Heal Congo’s women, directed by Angèle Diabang, Denis Mukwege shares his sociological views on rape. According to him, this kind of sexual abuse destroys the family structure: “Therefore, it is very hard to understand how rape can be used as a weapon of war. When you rape a woman in front of a community, you commit more than a physical assault […], it is also a psychological trauma for all the witnesses, who are watching helplessly, and simultaneously loosing their identity. Children don’t identify as children anymore, the husband doesn’t identify as a man, as he no longer is husband to the publically abused woman. The woman no longer identifies as the mother.”

To heal those women, Denis Mukwege chooses a holistic treatment that encompasses all the dimensions of the human being. The first aim of this approach is to care for the person’s spiritual, emotional and physical well-being. Then, it helps them reintegrate into society after the trauma that they experienced. The doctor mainly treats women, but he has also treated a baby who was abused along with his mother.

Additionally, Denis Mukwege leads the Panzi foundation which he created in 2018 with the goal of helping women who have been the victim of sexual crimes. Two years later, he inaugurated the City of Joy. This shelter is meant to host and care for around a hundred women.

Denis Mukwege, a voice for those who cannot speak

Denis Mukwege has received international recogniction for his work. He was awarded the Sakharov Prize and the UN Prize for Human Rights, as well as the prestigious Nobel Peace Prize in 2018. France awarded him with the Legion of Honor in 2009 for his work.

Denis Mukwege uses his international recognition to denounce the crimes that are going on in the DRC. He did so during the Chirac Foundation Prize in 2013 and during his award ceremony speech in Oslo in 2018.  He does not fear standing up for and sharing his political views on his country. In 2018, he asked the Congolese people to fight peacefully against the regime of the former president Joseph Kabila. He often speaks out about the war in the DRC, mass rapes happening in eastern DRC, massacres in Congolese villages and the lack of an international response to these events. His Twitter account was specifically created to shed light on the siuation in the DRC.

Even though Doctor Mukwege is praised for his work, he has suffered numerous attacks from his opponents. In 2012, someone attempted to murder him in his own house. As a result of the attack, he first fled to Burundi before seeking asylum in Belgium. He came back to Congo a few months later, in January 2013, to live under protection in his hospital in Panzi.

His international influence upset Congolese authorities, and as a result he received threats after he spoke out about a massacre that happened in the village of Kipupu in July 2020. Some institutions then sounded the alarm and required protection for Mukwege. On August 18th, the Physicians for Human Rights (PHR) asked the MONUSCO to provide protection for Mukwege and the Panzi hospital in Bukavu.

On August 21st, Felix Tshisekedi, the president of the DRC, pressed the government to ensure Denis Mukwege’s protection. The following day, the Congolese government decided to open an investigation and took measures regarding his security. Mukwege’s case is slowly gaining momentum and raising awareness on a local and a global level.

On August 28th, the UN took action against the death threats that Denis Mukwege received. Since September 9th, thanks to a large petition, the MONUSCO has ensured protection to the staff and patients of the hospital in Panzi, hoping that it will allow Denis Mukwege to carry on his fight.

#EndSARS, a Cry of Anger Over Injustice 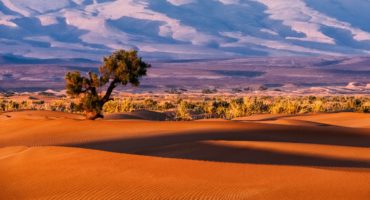