A giant globe statue unveiled in the London School of Economics and Political Science (LSE) became the latest battlefield for the China-Taiwan conflict as the university considered marking Taiwan in the same color as China after Chinese students protested the demarcation of the island state.

The consideration of potentially changing the designation of Taiwan has sparked furious responses from the Taiwanese government and its people. Taiwan’s Ministry of Foreign Affairs has filed a formal protest to LSE, while Taiwanese students launched an online petition that garnered over 7,000 signatures in hope of keeping the artwork to its original version. 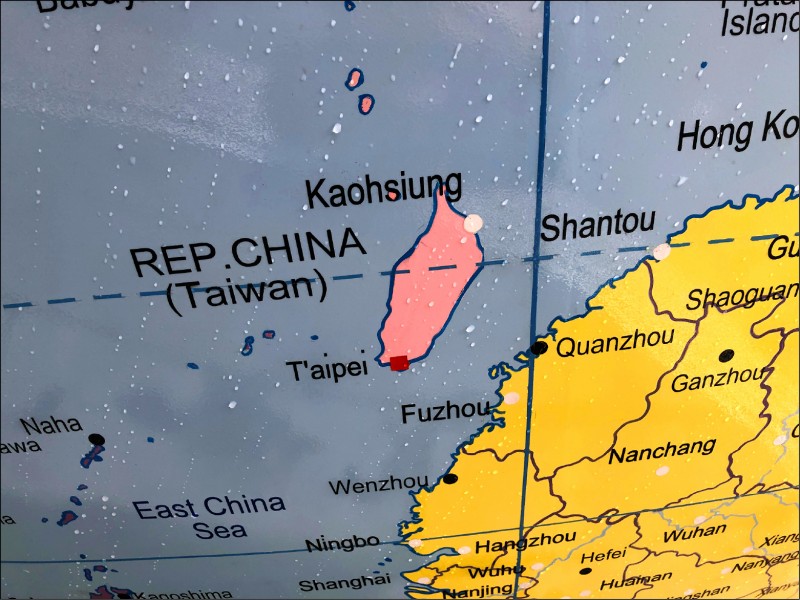 A closer look into the disputed globe sculpture. (Source: CNA)

Conflicts between China and Taiwan are no news to the world. The Middle Kingdom has always claimed sovereignty over Taiwan, despite the fact that the communist regime has never controlled the de facto country. The feud has only intensified in recent years with China being increasingly hostile to the self-ruling island, as Beijing unilaterally suspended official talks with Taipei and sent PLA (People’s Liberation Army) aircrafts close to Taiwan repeatedly since the current president of Taiwan, Tsai Ing-wen, came into power in 2016.

On March 26, Turner Prize-winning artist Mark Wallinger staged his “The World Turned Upside Down” statue on campus of LSE. The inverted statue, according to LSE, intends to show the world “from a different viewpoint”, said Mr. Wallinger.

The artwork was unveiled with Taiwan covered in pink in contrast to China’s yellow, and its capital set at Taipei. In less than a week following Chinese students’ protest, however, a Taiwanese representative claimed it was highly likely that the reference to Taiwan as a separate entity might be removed after a meeting with the Institute.

Earlier, Dame Minouche Shavik, the university’s director, gathered representatives on both sides for consultation. Huang Li-An, the only Taiwanese student in the meeting told The Telegraph: “In the meeting, I kept telling the school that we are not the same country. I even got my passport out to show them.”

Representatives from the university allegedly insisted on Mr. Wallinger’s sculpture to be changed based on maps published by the UN which depict Taiwan as a part of China. Though in fact, the UN resolution related to Taiwan’s status, Resolution 2758, left the sovereignty of the island state unresolved.

Mr. Huang, thus, added: “I’m upset about it because I feel that LSE is not trying to take responsibility for the situation and are just using the UN as an excuse. It’s like they are trying to be neutral, whilst not being neutral at all.” He felt that a “decision had already been made” even before the meeting.

As for now, “no final decisions have been made”, according to a spokeswoman for LSE.

The dispute quickly escalated to international level as it caught the attention of the Taiwanese President Tsai and the country’s Minister of Foreign Affairs, Joseph Wu. President Tsai, an alumna of LSE, commented on the controversy, saying “we will never cease to exist.”

Minister Wu addressed the changes made by LSE in an open letter written to Dame Shafik. “The truth is that Taiwan is a sovereign democratic country, not part of any other,” he wrote. “If the sculpture is changed as planned, it will lead young men and women everywhere to believe that LSE bows to the pressure and bullying of Beijing.”

On April 5, a British parliamentary group also waded into the controversy. In a letter to LSE, co-chairs of the British-Taiwanese All-Party Parliamentary Group, Nigel Evans and Lord Rogan expressed their concerns towards the incident.

It is not the first time overseas Chinese students seek to undermine Taiwan’s sovereignty.

In February, Chinese students allegedly tore and replaced the national flag of the Republic of China – Taiwan’s current official name – with a Chinese flag during a recruitment fair organized by the Taiwanese student union at Hong Kong University of Science and Technology.

Diving deeper into the conflict

Tensions between Beijing and Taipei have only increased since 2016. Other than poaching five of Taiwan’s allies, reducing the island’s formal diplomatic ties to solely 17 countries in the world, China has ramped up measures in other areas to force the world to abide by its “One-China Principle”. In 2017, multiple international companies operating in China were pressurized into identifying Taiwan as a “province of China”, or “Taiwan, China” on their websites.

On March 31, two Chinese fighter jets crossed a maritime median line separating Chinese and Taiwanese waters. Though Taiwan’s air force intercepted the intruders, the Chinese incursion drew international attention, as it is one of the most serious military encounters in recent years.

Earlier this year, Chinese President Xi Jinping sent a message to Taiwanese people that the island democracy will eventually be “united” with the “motherland” – China, and that Taiwan should jointly explore a “one country, two systems” model that fits Taiwan into the unification equation. Beijing, on the other hand, has never shied from the use of force for its “unification” end goal.

This often-repeated rhetoric of the Chinese Communist Party, however, was met with a staunch rebuke from President Tsai. Not only did she emphasized Taiwan’s consensus on the opposition of the “one country, two systems”, but she also stressed that “Democratic values are the values and way of life that Taiwanese cherish, and we call upon China to bravely move towards democracy.”

In the petition launched by Taiwanese students regarding the sculpture, the students called “upon every country, organization, and individual, including the LSE, who cares about freedom, democracy, and human rights to stand with those who are threatened by China’s oppression and aggression, such as Taiwan.” 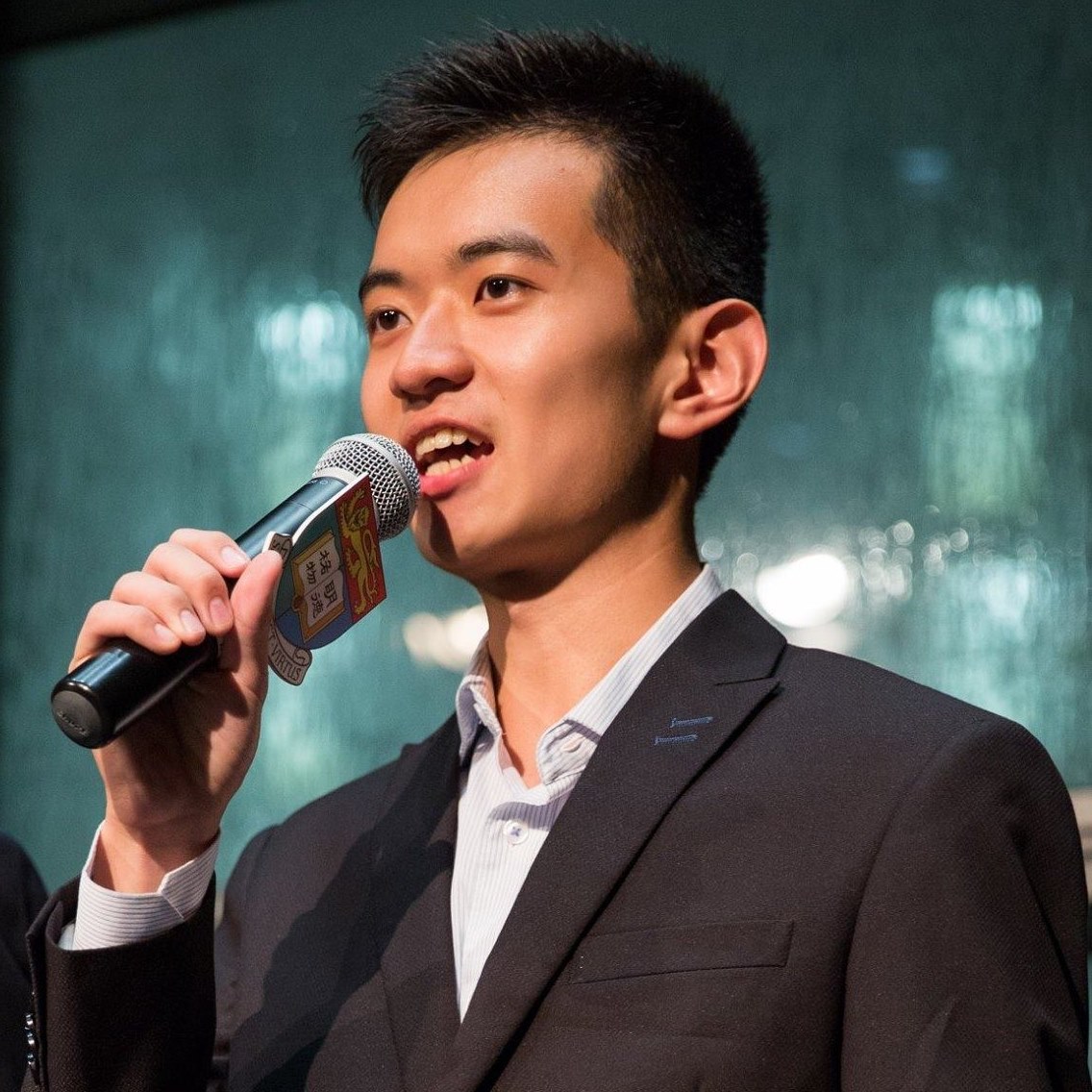