After four months of deliberation, Hong Kong’s government still fails to convince its citizens of the benefits of the Extradition Bill amendment, which could extradite fugitives from Hong Kong to China. The possibility of sending political prisoners to China has stirred up backlashes among the city’s people, civil society, and evoked foreign governments’ concerns. 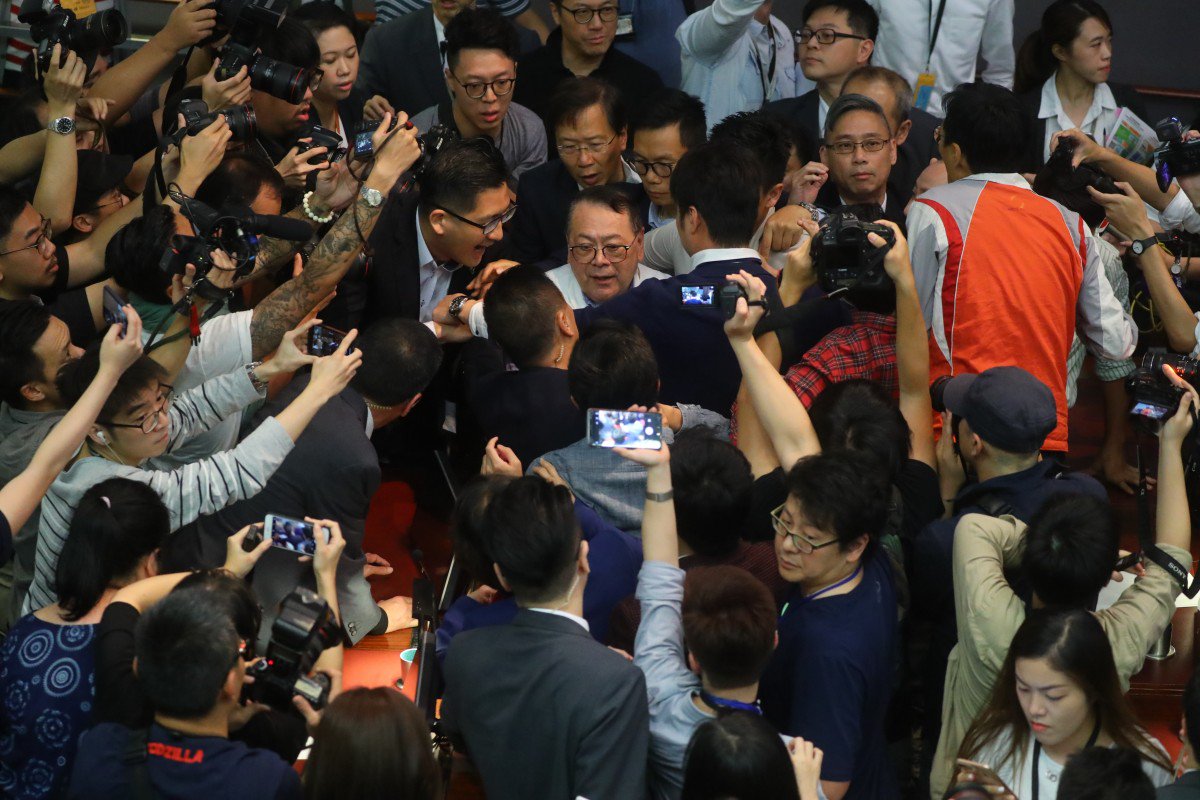 Legislator Abraham Razack (middle) is surrounded by lawmakers and media in the Legislative Council (LegCo). (Source: Edmond So)

“Abraham, please don’t be remembered as a sinner!”

Veteran democrat Wu Chi-wai cried with tearful eyes at pro-establishment Abraham Razack (Or Abraham Shek Lai-him) as he was ushered in, newly appointed by the government as chairman of the Legislative Council Bill Committee.

As the government keeps pushing forth the Fugitive Offenders and Mutual Legal Assistance (Amendment) Bill 2019 – colloquially known as the extradition bill – this dramatic scene might merely be remembered as a prologue.

Since the government tabled the amendment bill this February, effectively allowing extradition to mainland China, despite the lack of formal treaties, the potential compromise of the rule of law has sparked a prairie fire of legislative violence and political conflict that the city hasn’t seen in years.

Under international law, there is a consensus within the international community that a jurisdiction is not obligated to transfer fugitives to their home country due to the overarching principle of sovereign control over its land. Extradition can only be made under bilateral agreements specifically providing such.

Currently, Hong Kong is only obligated to extradite criminals on a case-by-case basis to 20 countries including the United States, Britain, Canada, Philippines, and Singapore, under two main laws – the Fugitive Offenders Ordinance (FOO) and the Mutual Legal Assistance in Criminal Matters Ordinance – which expressly excludes “any other parts of the People’s Republic of China”, including mainland China, Macau and self-ruled Taiwan that is claimed by China as part of its territory.

The amendment bill proposes to give legitimacy to “special surrender arrangement”, effectively bypassing the exclusion placed on extradition to other parts of China, and proceeds to treat such extradition on a case-by-case basis pursuant to procedures in the Ordinance.

Government officials have been emphasizing relentlessly that the current legal lacuna prevents the fulfilment of criminal justice and makes Hong Kong a “haven for criminals”, citing the case of Chan Tong-kai, a Hongkonger who murdered his pregnant girlfriend in Taiwan and later escaped to Hong Kong.

Interestingly, the Mainland Affairs Council, an official body in Taiwan that deals with cross-strait affairs, has responded with much less enthusiasm in extradition of Chan. Cautious towards its citizens’ risk of being extradited to China, the Council said it would not ask for Chan’s return if the bill is passed and would prefer resolving the issue through inter-governmental administrative measures instead.

Beyond Taiwan, other countries’ foreign ministries and official bodies have equally expressed concerns towards the bill amendment, including British and Canadian foreign ministry, the US Department of State, and the European Union in Hong Kong and Macao.

Tides against the government

The Pan-Democrat camp vehemently countered the bill for the potential compromise of the rule of law, a much-cherished virtue of the city.

Lam Wing Ki, Hong Kong seller of politically-sensitive books who alleged abduction by the mainland authority last year, explained that his recent move to Taiwan was triggered by fears of the new extradition law, if passed.

This fear is not groundless. In an unusual gesture, 200 of the city’s revered legal practitioners acting as the representatives of the Election Committee issued a joint statement condemning the proposed change.

In the statement, the lawyers explain that express exclusion of “any other parts of China” stresses the legislative wariness towards intransparent criminal justice system on the mainland and an eager to keep the city’s system from it. The lawyers are not convinced that the government has provided ample justification in departing from the current provisions.

Furthermore, the legal sector expresses skepticism towards the certificate system which renders single-handed power to the head of the government to issue an order to proceed, escaping the legislative and judicial scrutiny.

The legal sector also points to the danger of having no safeguard for surrenders fundamental rights after surrendering to mainland China, whose track record of human rights triggers much-warranted worries.

Finally, the necessity in amending the law is also questionable. The lawyers offer alternatives in treating the Taiwanese homicide, including amendment of FOO to include Taiwan only and amend the Offence against the Person Ordinance to extend Hong Kong courts’ jurisdictions in cross-jurisdiction offenses. 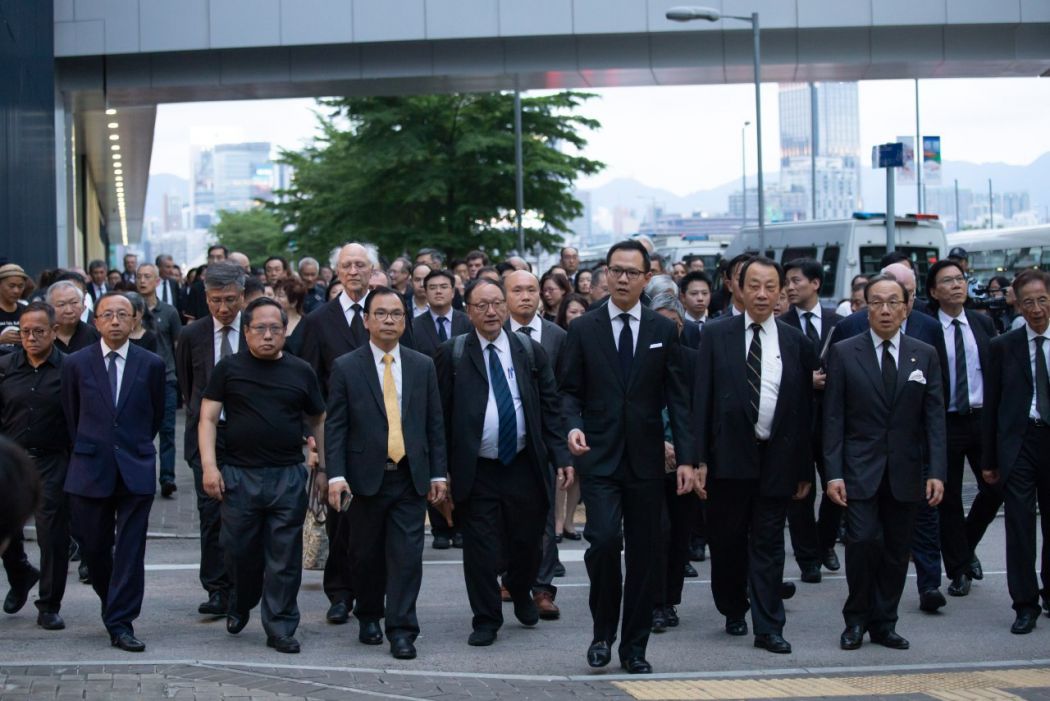 In a very rare attempt, Hong Kong’s legal sector staged a silent “black march” in protest of the legal amendment on June 6, garnering around 3000 participants’ support and the largest one since the handover.

Even more rarely, the commercial sector has joined hands in opposing the bill, since regional instability might be triggered by sudden extradition of commercial criminals.

Tara Joseph, President of the American Chamber of Commerce in Hong Kong, warned in an interview that the bill is “damaging to Hong Kong’s competitiveness” and “reputation as a global financial center par excellence” in a recent interview with the South China Morning Post. Joseph continued to say that damage to the rule of law would increase the risk premium of doing business in Hong Kong, before pinpointing rivalries from the nearby Shenzhen and Singapore.

Although the government has stepped back and removed nine commercial crimes from the list of offenses subject under extradition, the worry is still not much assuaged.

Supporters of the bill, on the other hand, dismiss the worries as ill-founded. Grenville, former Director of Prosecution of HKSAR, even suggested responses from Chris Patten, the last British governor of the city, as “a stick to beat China”.

Citing interstate extradition in America, they argue that the proposed change is but another step towards smoother extradition of criminals which defends the justice system.

They also claim that the existing Ordinance offers enough protection to the extradited person, citing the availability of habeas corpus, a common law principle that prevents unlawful detention, and the magistrate’s issue of an arrest warrant as sufficient safeguard against unlawful extradition.

What’s on the paper, however, might not translate directly to real life, especially in a distinctive jurisdiction with unique history such as Hong Kong. Tim Hamlett, seasoned political critic on Asian matters, wrote that the unique power distribution between Hong Kong and Beijing reduces the force of power-check embedded in the legislation. Given that the Chief Executive is dually responsible to Beijing and the courts have shown increasing subservience towards the administration in recent judicial disputes, it might be very unlikely that the head of the city or the courts would thwart a request from Beijing to extradite a suspect. 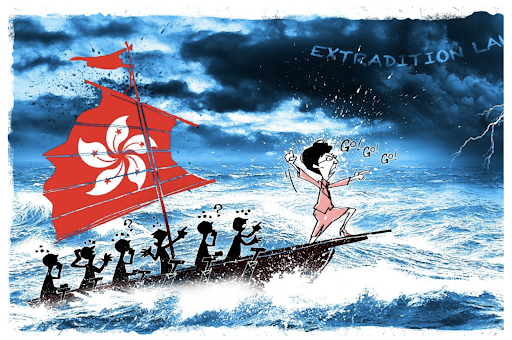 Despite scuffles at the LegCo, head of the government, Carrie Lam, is determined to push the bill forward to full-council voting, where the pro-establishment camp customarily dominates and endorses government bills, despite potential contravention of LegCo procedural rules. In a statement released a week ago, the government has also stood strong against cries for a legislative guarantee of a fair trial on the reason of “flexibility”.

In this broil between two political camps, alma maters of critical government officials have called out against their alumni. Alumni of St Francis Canossian College, which Carrie Lam attended, called on the city’s leader to withdraw the bill immediately.

“We hope our senior alumnus can engrave our school motto ‘Live by the truth in love’ on her mind and step back from the precipice to prevent injustice and to defend human rights, freedom and rule of law for the Hong Kong people” the college’s petition reads.

Today, Hong Kong saw the city’s largest march ever opposing the bill that gathered around one million, a record number of protest attendees surpassing that in the march against the National Security Law in 2003 at around 500,000, according to the organizer, Civil Human Rights Front. 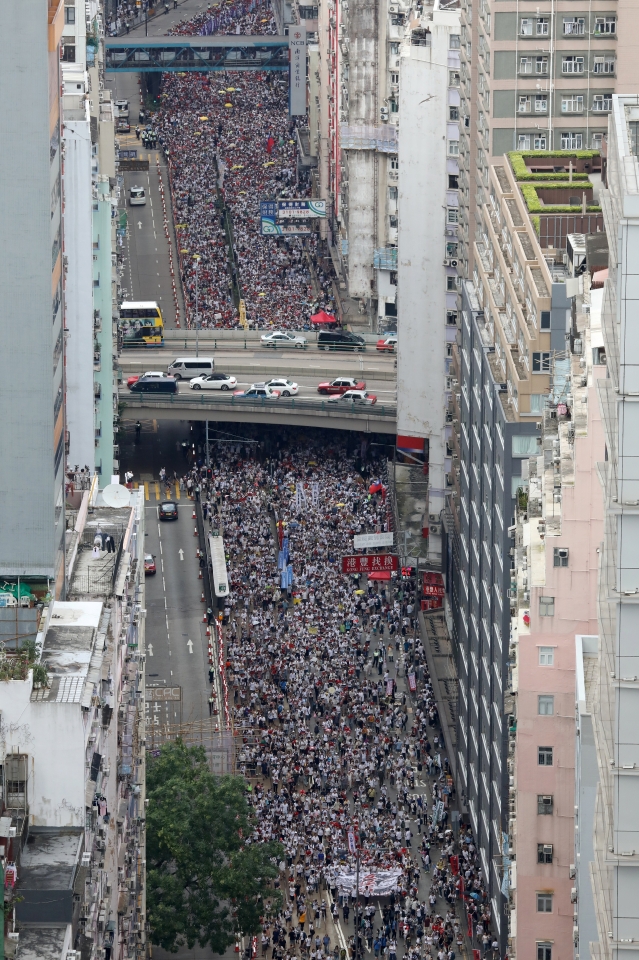 With the rally spreading across four kilometers of road, the march ended at the Legislative Council (LegCo), the city’s legislature in Admiralty. However, the crowd did not seem to fade after hours of march with several political parties and civil society organizations began to call for occupying streets around Admiralty and even the LegCo.

The huge turnout today was said to be the ultimate showdown over the controversial bill, reflecting the participants’ distrust of Carrie Lam’s government and China’s judicial system. The march today was echoed by similar initiatives around the world, from London, New York, Sydney, Tokyo to Taipei. 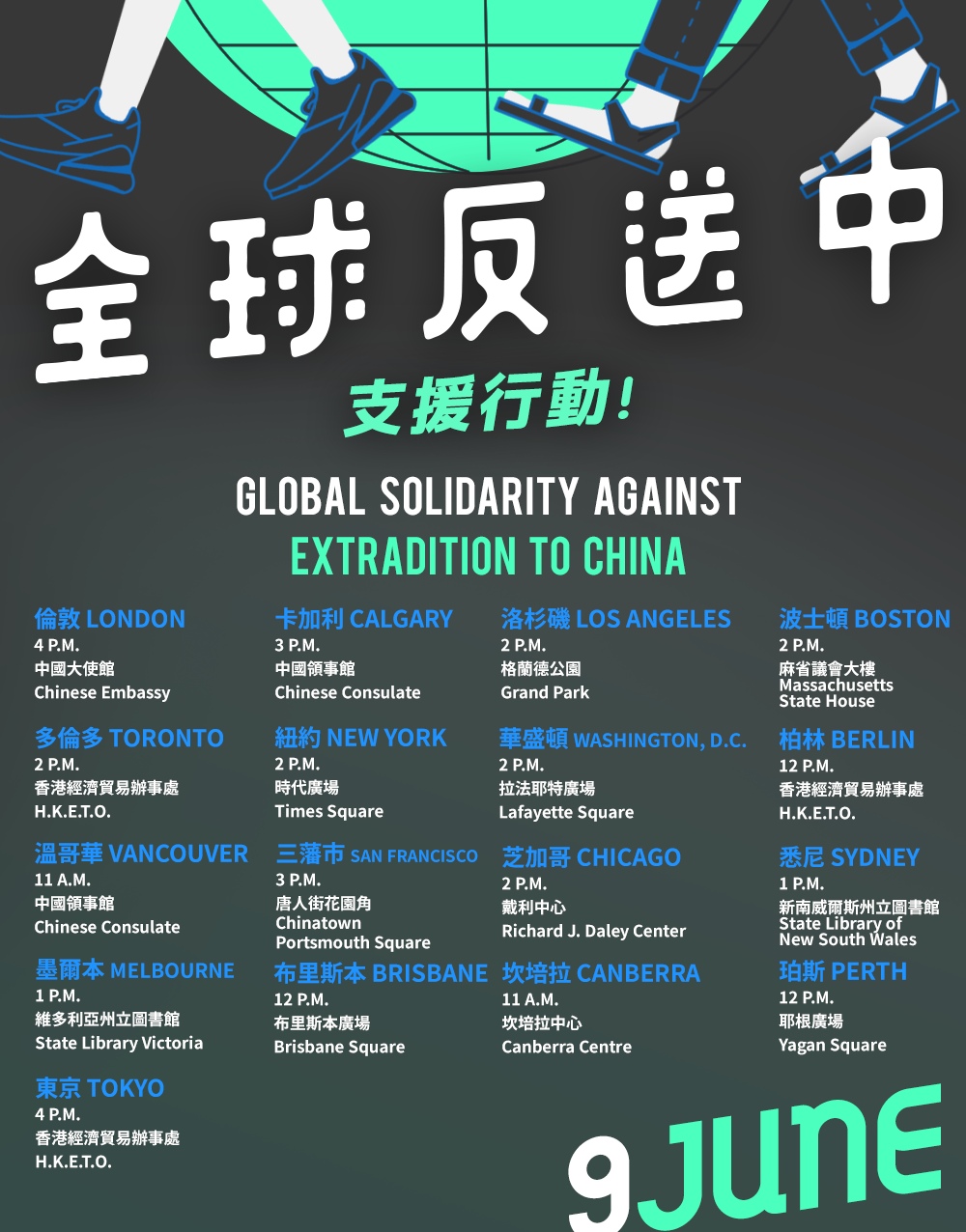 On June 12, the bill will see its final vote in the LegCo, determining whether the city could transfer fugitives to jurisdiction Hong Kong had no extradition agreement with.

Vicky Liu is a sophomore year undergraduate of Business Administration and Laws at the University of Hong Kong. She is interested in analyzing changes in the law and business environment, how they relate to contemporary social issues and politics and especially the impact on minority groups.