With the Chinese e-Commerce law coming into force on January 1, the world awaits a transformation of the largest global e-market with cautious eyes.

Alibaba Group’s Taobao, the largest grossing e-commerce platform in China, has long been plagued by counterfeit goods. The ill name has landed Taobao in the US blacklist of “the world’s most notorious markets” for two consecutive years, despite active measures by Alibaba to crack down on counterfeit sellers. 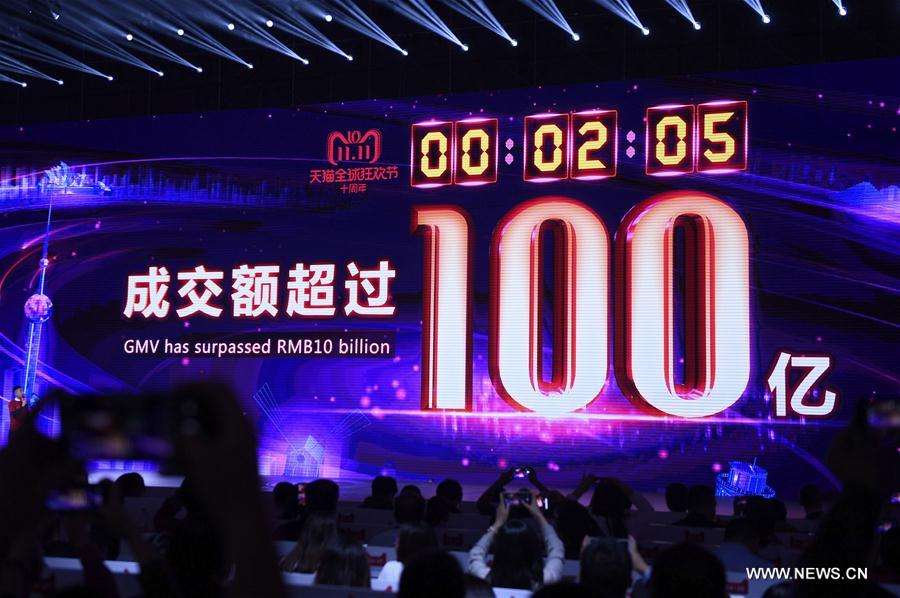 “In light of all this, it is clear that no matter how much action we take and progress we make, the USTR [United States Trade Representative] is not actually interested in seeing tangible results,” says the president of the multi-billion conglomerate Michael Evans in a statement.

As the new law took force this January, the market couldn’t help asking, “Is it the game-changer?”

Business Model behind the Boom

Over the decades, major e-Commerce platforms in China, namely Alibaba’s Taobao and Tmall and the rival JD.com, have seen a boom with unforeseen rapidity, with Gross Merchandise Volume of Alibaba surpassing Amazon by at least three times since 2012.

The boom of China’s e-market is credited not only to the spending power of the expanding middle class, but also the unique landscape of the retail industry, with a large number of manufacturers and mini-retailers scattering over the country, distributing their goods through a rather inefficient and low-profit model.

The market being such, Taobao opted for an online platform which places heavy reliance on the vast amount of retailers, ranging up to 8.5 million for Alibaba along, dispersed across the country while western e-commerce model by Amazon utilizes a centralized seller.

The ready availability of existing partners has proved to be a great edge for the platform operators, who could then gain from simply providing a bridge between the readily-available vendors and consumers through a simple platform-centric model. 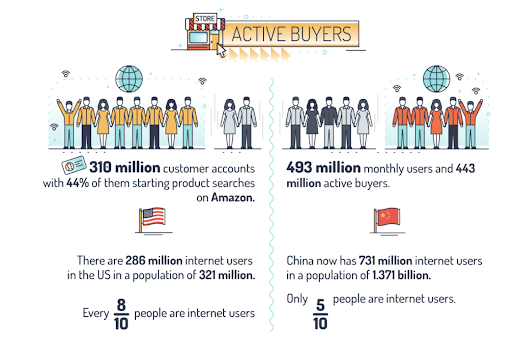 A graph illustrated by E-commerce Platforms

Yet, such a business model has also spelled the pitfall of counterfeit products and intellectual property lawsuits, since quality control proves to be much more difficult.

Over the years, companies ranging from high-end brands, such as Gucci and Saint Laurent, to stationery company Stampin’ Up have sued Alibaba for failure to take steps to quash counterfeit products. Viral posts of fake shoes streaming through the Internet have also been the source of ridicule for the tech giant.

To counter the detrimental impact on reputation, Alibaba has initiated various campaigns to crack down on counterfeit vendors. Despite the ostensible success, such as the 2016 launch of screening mechanism through Artificial Intelligence which successfully took down 97% of counterfeit products before a single sale was made, Taobao has never seemed to be rid of the label of ‘Notorious Market‘ of counterfeit goods. 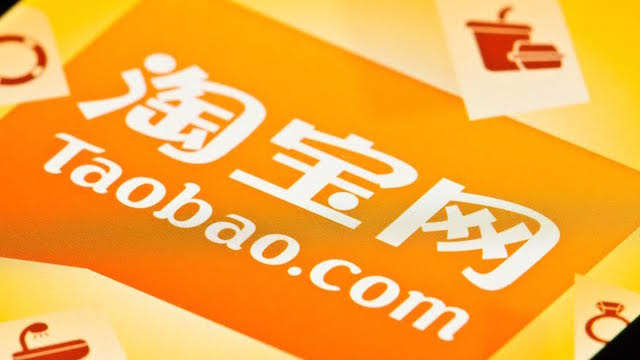 The reason might lie in the very landscape of the retail industry. While Alibaba protested blacklisting by the US, the US Trade Representative poignantly pointed out that those efforts by Alibaba is “merely suggestive of progress” and appeared to be more toward addressing the global brands rather than small and medium businesses.

The new e-Commerce law enacted on January 1 in China is the first of its kind and is applied to a wide range of e-business models, including online e-commerce platforms, third-party vendors on the platforms as well as those selling products or services on their self-initiated websites.

Notably, the law imposes a joint and several liabilities on e-commerce platform operators who fail to take necessary measures to stop sales infringement of IP rights by vendors is known (Article 45). The practical implication is that the tech giants will have to take stricter measures in cracking down counterfeit and copycat products on their websites.

While the change signifies a move towards intellectual property protection in line with the western standard, Deacons, a Hong-Kong based law firm, has expressed its caution in assessing whether the shift is substantive or symbolic in nature.

The qualms come from the substance and framing of the article itself: While being a piece of legislation by the state department, the article is, in fact, a codification of existing judicial practices, which could imply the remit of the practical application of the law.

On the other hand, the platform operators are only liable where they “knew or should have known” of the IP infringements by third-party vendors, instead of being strictly liable for such infringements. Under this formulation, monolithic online platforms like Alibaba might well escape liabilities by arguing the unreasonableness of having to track down up to 8.5 millions of vendors.

In formulating the enforcement rules, it is conceivable that the state would have to take into account the practicability of requiring platform operators to examine the over-1-billion listings on Taobao and the huge costs that would be incurred if strict measures are imposed, not to mention how this could hinder the growth of the booming e-commerce market amidst recent years’ economic downturn in China.

“If China is serious about protecting IP,” wrote Joe Knotts, graduate of Beijing Normal University’s School of Social Development and Public Policy in The Diplomat, “then the upcoming enforcement rules should define precisely when platforms should know about violations, and lay out specific guidelines for actively seeking out violators.”

Banner photo: A man manages the logistics of goods for delivery. (Source: Xinhua)

Vicky Liu is a sophomore year undergraduate of Business Administration and Laws at the University of Hong Kong. She is interested in analyzing changes in the law and business environment, how they relate to contemporary social issues and politics and especially the impact on minority groups.