Hungary: Orbán not giving up on his anti-migrants policy

On Sunday 2 October, 8.3 million Hungarian citizens were called to the polls to cast their vote in a referendum on the refugee question. Whether to accept or reject the European migrant-resettlement plan was the challenge launched by Orbán to the European Union. He lost, after the EU rendered the result invalid but he remains positive and is pursuing his anti-migrant policy at whatever cost. 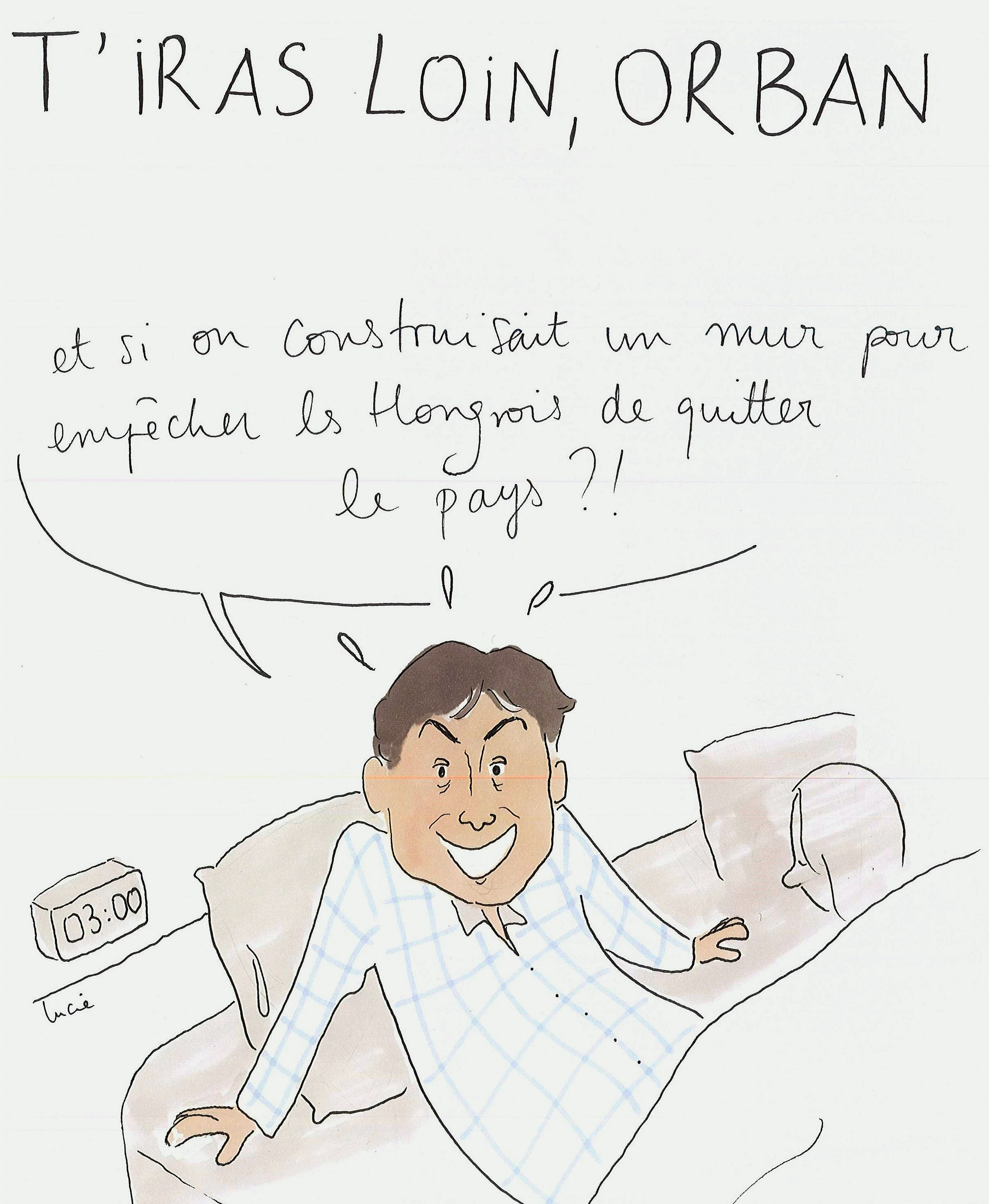 “You will go far, Orbán” by Lucie (all rights reserved).

For this referendum held on 2 October, Viktor Orbán dreamed of a massive rejection of the European distribution of asylum seekers proposed by the European Commission, which would lead to the admission of at least 1,294 asylum seekers to Hungary. Orbán’s government was strongly opposed to this proposal. With 98,3 % of “no”, his dream came true.

But Vickor Orbán failed to convince enough Hungarians in this fight against the EU. On Sunday 2 October, only 39,8% of Hungarian voters headed to the polls, to cast their vote on the referendum he initiated against welcoming refugees in Hungary.

This figure was below the 50% threshold needed to validate the referendum. But the low turnout did not stop Orbán’s determination, and declared that Europe could not “ignore the will of 99,2% of voters” and “impose its will on Hungary”.

Throughout the campaign, Fidesz, Orbán political party, used every means of communication it could to persuade people to vote. An aggressive campaign that sometimes approached harassment. “As long as I didn’t answer the phone calls, Fidesz kept calling me”, reported Beata, a project manager of cultural initiatives in Budapest. “In the final days of the campaign, I could receive up to 6 or 7 texts a day and it was the same for phonecalls”.

But according to Ildikó Gáll-Pelcz, the Vice-President of Fidesz, interviewed by Le Journal International, even some voters of the Prime Minister party abstained from voting “because the campaign was too skewed”. In Budapest, Roland, a student, explained that he refused to take part in the vote so as not to be “a pawn on Orbán’s chessboard”.

Several NGOs and a satirical party had called to invalidate the results. The majority of the opposition called to boycott the ballot. It was the case for three centre-right and centre-left parties gathered together on Sunday night in a bar in Budapest. Deputies and activists had broad smiles in front of the television cameras.

For Zsuzsanna Szelenyi, deputy of Ensemblen, a small centre-left party, the result is good news. “The Hungarian government campaigned for more than a year. It was a campaign based on hate. We were worried that most  Hungarians were starting to believe the lies the government spread during the campaign throughout the country”, she explains. “It was an absolute unfair campaign. The government’s resources were a hundred times those of the entire opposition. So we were really worried. But finally, the fact that not enough Hungarians went to the polls, which made the referendum invalid, is a victory for the opposition. It is also a victory for Europe because it means that such an anti-migrant and anti-Europe campaign does not work in Hungary, and we are very happy with this outcome”.

On Monday and Tuesday, Beata and Roland kept receiving phone calls and texts asking them not to let Brussels decide for them. 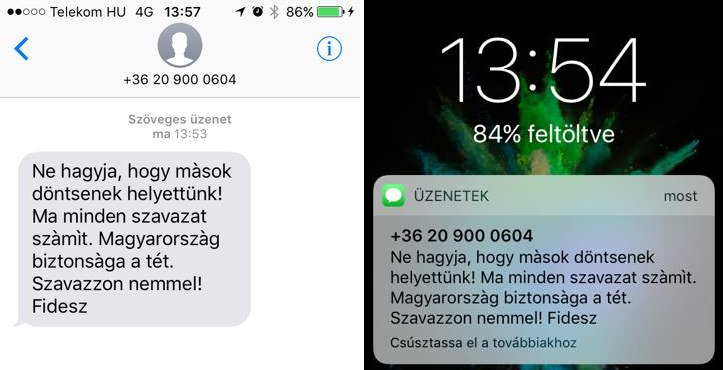 “Don’t let others decide for us! Today, every vote counts. Hungary’s national security is at stake. Vote no! Fidesz”. Screenshot of two texts sent by Fidesz.

Despite 800,000 missing votes, Viktor Orbán congratulated himself of “this wonderful outcome”. He does not feel down because of the result, even though it represents a semi-failure for his anti-migrant campaign. The Hungarian prime minister continues his fight.

“Based on these figures, we can legitimately say that this day brought a sweeping victory for all those who reject the forced relocation [of migrants] and for those who believe that the foundations of a strong European Union can only be the strong nation states”, declared ldikó Gáll-Pelcz, the Vice-President of Fidesz.

As for the latest provocation, the Hungarian prime minister is going to ask the Parliament to vote to ban migrant “group resettlement” in the country. Orbán wants to amend the Constitution to prohibit every mandatory migrant settlement in the country. The amendment to the Constitution will stipulate that “group resettlements are forbidden”, he indicated during a press conference.  A vote on the issue planned for the month of November. The draft amendment will be discussed today by the Council of Ministers.