Japan: An economy in distress

On Wednesday 27 May, a Council of Ministers gathered with the intention to approve a plan to develop the national economy in Japan. In the search for resources, the Japanese stock market is attempting to rise up again after the shock caused by the health crisis.

Faced with the shock of the epidemic, the Japanese government now seek to develop the national economy. On April 7, a state of emergency was declared, as well as an extensive plan to save the economy, estimated up to 1.007 billion euros. On May 25, after a difficult month and a half, the state of emergency was lifted in the entire country of Japan. “Whereas the state of emergency was lifted on May 25, it is important to take the resurrection of the economic activity step by step as we begin to rebuild a new way of life” said Yasutoshi Nishimura, Minister of Finance. He calls for a second budget. It will help with the start of the tax year in April.

Around 852 billion euros are needed. The amount will help with the recovery and the maintenance of jobs. Thanks to this plan, millions of Japanese wouldn’t have to fear losing their jobs anymore. The Japanese center for research, the NLI Research Institute, believes that without the financial aid, the unemployment rate would increase with 1.6 percent and result in 1.52 million more unemployed individuals by the end of 2020. A scenario which the government is trying to avoid at all costs. Payments of 900 US dollars per household with insufficient resources are also pending.

The Japanese government acknowledges the importance of the national economy – it is one of the greatest powers globally. To this day, there aren’t any reports of public negligence of the health of the Japanese inhabitants. Since the state of emergency was declared, there hasn’t been a mandatory lockdown like in other countries that have been more affected by Covid-19. The lockdown is based on the free will of the inhabitants. The inhabitants have met the advice from experts with respect and have closed the doors to their businesses. According to numbers that have been made public, there are currently 16.759 cases of Covid-19 and 882 virus-related deaths in Japan. The numbers are low in comparison to neighbouring countries that have been more affected by the virus.

The seemingly low numbers could be explained by the habits of the Japanese, for example the routine of wearing a face mask, greeting each other without touching or the low rate of obesity. Experts are questioning these numbers as the limited practice of testing goes on. Tests are in fact reserved for the people with severe symptoms. If we look at the numbers made public, we see that infection rates are falling. Consequently, an upturn in activity is now possible according to health experts that the Minister of Finance have consulted. The long-awaited return to normal that the citizens have longed for is actually possible. However, they still have to wait for the financial aid to come and boost the economy, and help with their country.

Only a few weeks ago on June 16, the Bank of Japan revealed its economic goals for the first time since 2018, confirming a stability in the near future. The Bank of Japan attests that if statistics continue to move in this direction, the Japanese economy should be able to stabilize once the pandemic is gone indefinitely. “The economy is still put on the back burner, but it isn’t crumbling anymore.” a staff member of the Cabinet Office confirms. The goal is to control the yield curve of -0.1% for the interest rate short-term, and of 0% for the rate long-term. As a result, the Japanese economy will be on a good path to “recover” from the economic crisis due to the coronavirus. 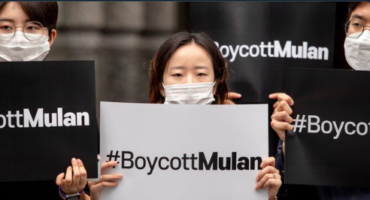