Human Rights threatened by martial law in the Philippines

Following the attacks that claimed the lives of a dozen civilians, carried out on May 23rd 2017 by Isis-affiliated fighters, President Rodrigo Duterte declared martial law in Mindanao island. The island has been under marital law since. The Philippine government could decide to extend martial law across the country, therefore directly threatening the rights of the Philippine people. 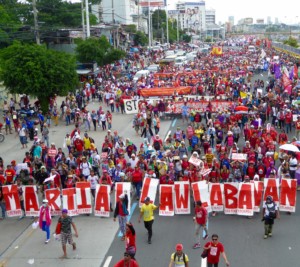 The presence of a terrorist group in the south of the country pushed the government to impose martial law over Mindanao island. For the past four months, government troops, with the support of American forces, have been occupying the region to eliminate the terrorist threat. However, with the conflict remaining unresolved, President Duterte introduced the possibility of extending martial law across the country. This would mean dramatic changes for the Philippine population including the implementation of a curfew, restrictions on press freedom and the suspension of habeas corpus, meaning the right of any individual not to be imprisoned without being judged first. In other words, martial law would give a serious blow to both individual and collective rights of the Philippine citizens. 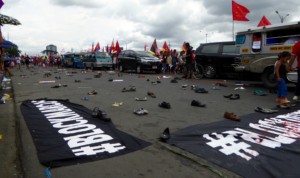 What makes this decision even more worrying for Philippine citizens is the memory of the martial law which was imposed for more than a decade under President Ferdinand Marcos’ rule, from 1965 to 1986. This tragic memory still remains fresh in the minds of the Philippine people. Over this 10-year period, 70,000 people were imprisoned. According to Amnesty International, among these 70,000, 34,000 were tortured and 3,240 murdered.

“I will keep fighting for my rights and my freedoms.”

Sid, an art student at the Philippine University, is angry to witness the turn that her country is slowly taking. As a human rights activist, every day she fights for freedom of speech and to have her rights respected. With the threat of martial law being extended across the country, she fears that the government is also trying to eradicate political opposition. “I don’t want to be forced to stay at home from 9pm onwards. I don’t want to endure what my parents had to endure for ten years,” she says. “No matter what happens, I will keep fighting for my rights and my freedoms. Even if Duterte bans mainstream media, he doesn’t have the power to control the Internet.”

Killing two birds with one stone.

According to Sid, President Duterte is trying to kill two birds with one stone by using the war on terror to take on drug trafficking. Since the beginning of his mandate, he has made the war on drugs a priority in his regime, thus justifying the application of martial law across the country. This war on drugs, which is not being conducted in a manner that respects human rights, has already gotten thousands of people killed. The death of teenager Kian Loyd Delos Santos on August 16th during an anti-drug operation caused a riot among the Philippine people. The Commission on Human Rights in the Philippines has already confronted Duterte several times about his violent campaign on drugs. On September 12th, the protests resulted in a vote for a new budget allocated to the Commission by the Philippine government. For the coming year, the budget allocated to the independent Commission was of a mere 1000 Philippine pesos, the equivalent of $19.60 US dollars. Meanwhile, protests are being organised throughout the country with the moto “Marcos martial Law: Never again.”