On 29 October parliamentary elections will be held to determine the composition of the Albingi, the Icelandic Parliament. A dozen political parties are fielding candidates for this uncertain and highly-anticipated vote, which follows the Panama Papers scandal. At the time, the former Prime Minister Sigmundur Davíð Gunnlaugsson lied on television about his wife’s secret bank accounts.

These elections will decide the 63 seats that compose the Parliament. It is expected that a cross-party coalition will be needed to form a majority. The vote proceeds in one round; voters must choose between names of the lists of political parties on the basis of proportional representation in six constituencies. Each party will base their list of candidates on previously-held primaries.

Traditionally, two right-leaning parties have formed a coalition in Iceland: the Progressive Party, a liberal party, and the Party for Independence, a conservative party. They both have formed the ruling coalition since the last elections. Although, their founding principles differ they set united goals, and manage to reach an agreement agreement on some issues. For instance both parties are Eurosceptic, despite including pro-EU MPs in their respective ranks.

From a fight to the Progressive Party

Two ministers’ names from the Independence Party were revealed by the Panama Papers leaks. However, it is the Prime Minister’s Progressive Party that seems to be in trouble. The scandal pushed those in power to propose the upcoming elections. Those elections should bring answers to the criticism emanating from Icelandic society. Mr. Gunnlaugsson tried his best to postpone the elections until the national outcry had subsided. However his successor Sigurður Ingi, who was chosen by the Prime Minster himself, fixed the polling day as 29 October.

On 2 October, the Congress of the Progressive Party had to elect their new president. To everyone’s surprise, it was Jóhannsson who had been chosen, beating Gunnlaugsson by a narrow margin. According to Michel Sallé, an analyst of Icelandic politics, this vote “is a real revolution”. Above all, it would award the good work done by the new Prime Minister who had successfully appeased his party. Furthermore, it is perhaps a turning point ahead of the vote on the 29 October. 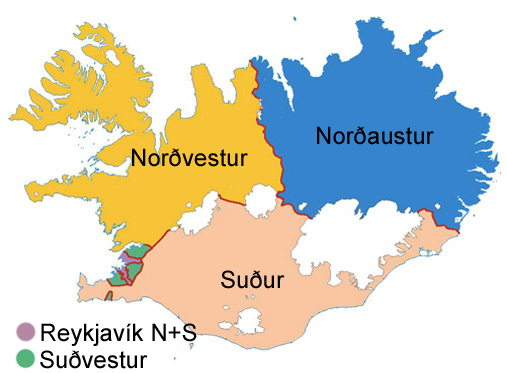 The Progressive Party appears to be lagging behind in recent opinion polls. The party expects around 10% of the voting intentions in most surveys. The Independence Party, although weakened by a recent internal split, is emerging as the favorite.

Other parties in more or less in good positions

Viðreisn, known as Revival in English, is also on the rise in the polls. It was created two years ago by the journalist Benedikt Jóhannesson (manager of the journal Iceland Review) and it gathers mostly pro-EU defectors from the Independence Party. There is also the surprising Pirate Party, which currently scores around 20 % of the polls, although this is a decline from a few months ago when they were credited to more than 35% of voting intentions.

The Social Democratic Alliance seems to be in a critical position, having failed to increase its popularity since its term in office ended in 2013. The Left-Green Movement-which was also in the ruling coalition, seems to be in a better position. It will probably benefit from swings from former voters for the Alliance Party, and also maybe from the recent decline of the Pirate Party. However, it’s important to take into consideration a recent survey of the Department for Political Sciences of the University of Reykjavik. This survey states that the Pirates could be the winners with 22.6% of voting intentions over the Independence Party with 21.2% of voting intentions, meaning both parties would emerge with 15 seats in the Parliament.

Coalitions only start to take shape

The Pirate Party, created in 2012 by Birgitta Jónsdóttir, was a success in 2014 and 2015. It is presenting itself in a good position especially when compared to other EU Pirate Parties! Its initial success was due mostly due to its promotion of a direct and more transparent democracy.

In 2013, the reigning Progressive Party government caught Brussels and the Icelandic people off guard, by suddenly announcing the end of negotiations for EU membership. This turn of events provoked strong protests in Reykjavik. Despite a lack of any particularly strong support for the EU, the Icelandic electorate was outraged not to be consulted on the question, as the government had previously promised a referendum on EU membership.

According to Michel Sallé, the EU membership has little chance of success. Icelanders often change their minds on the issue, but in the case of a referendum, a “no” vote is likely. Mr. Sallé also notes that the Pirate Party also emerged at the right time with the right rhetoric, which explains its sudden popularity. He also reiterates that the Pirate Party’s political program is summed up in a project of short legislature. It would last for the duration of constitutional reform and an EU referendum, fervently defended by Birgitta Jónsdóttir. For the political analyst, those propositions are not compatible with the Icelandic political life, and so could complicate negotiations for the formation of a coalition.

“Nobody knows how we could currently compose a ruling majority with this political landscape before the elections”, he adds. Nevertheless, each party shares roughly the same goals, with the exception of the Independence Party. Each party advocates – more or less in the same proportions- the need for constitutional reform, a more direct democracy and a limit on the number of consecutive terms in office.

Health care, education and fishing quotas at the core of the debate

Besides the EU membership, the main elements of the electoral debate deal with the Icelandic health care system, which suffers from a lack of means and workforce. The education system and transport infrastructures are also along the main issues for discussion.

A reform of fishing quotas is also on the agenda; the Icelandic fishing industry is the only one in the world that is not in deficit. The system was strongly liberalized these last years with the acquired possibility to make changeable quotas. These reforms led to a significant concentration of quotas in the hand of some ship-owners.

To Michel Sallé, some positive effects can be seen, but there are also consequences that are far less encouraging. One reason for optimism is that fleet modernization and the efficiency of the model has allowed ship owners to make long term investments. However, inequalities have increased, at the expense of small ship owners, causing the rural depopulation of some littoral villages, which rely on fishing for their economy.

The quota reform could be inspired by the Faroe Islands model, a nation whose economy depends mostly on fishing. The quotas are auctioned among ship owners; this could have the benefit of increasing the state income, despite the associated environmental issues.

Unlike the electoral debates that had and will occur this year in Europe, immigration is not at the core of concerns. The country welcomed hundreds of Syrian refugees. The number of people originally fixed by the government had indeed brought a wave of protests, the Icelanders wanted to welcome more refugees than what was planned. But the issue is not really a matter of debate. Moreover, the far right is almost missing in the elections, and is widely absent in the Icelandic political sphere in general.

According to Michel Sallé, this can simply be explained by “the Icelanders’ pragmatism, and their lack of interest in political rhetoric and xenophobic discourses”. The main issues of these elections will be the Pirate Party’s result, which will doubtlessly impact the capacity of other parties to form coalitions.