To celebrate Ireland’s rich heritage, a new museum, the Museum of Literature Ireland (MoLI), opened to the public on 20 September in Dublin. Immersive exhibitions, originals and precious artefacts, readers gardens: the museum galvanizes our vision of Irish literature. Discover this unique museum with one of the project members, Margaret Kelleher, Professor of Anglo-Irish Literature at University College Dublin (UCD).

To find MoLI, you need to go to the well-off South Georgian Quarter. This area inherited its name from its Georgian architectural style: tall grey stone façades, colourful doors and wrought-iron gates. St Stephen’s Green Park, one of the most emblematic parks of Dublin, is also located in this part of town. MoLI is situated in one of those historical houses around the park, the only one in the vicinity accessible to the public. 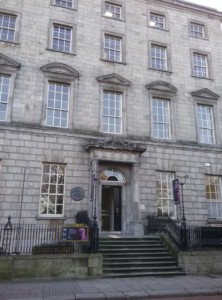 The museum opened to the public on 20 September 2019 for Culture Night. A symbolic choice, as on this night, every cultural site in Ireland is publicly accessible for free. And a good one too, considering that during this official opening, the line in front of the museum was very long. Dubliners were waiting for this project with high anticipation, as it took ten years for the museum to open. According to Margaret Kelleher, the UCD academic lead for the development of the Museum of Irish Literature for the past seven years, ‘MoLI also marks a groundbreaking collaboration between the National Library of Ireland and University College Dublin,’ the largest university in the country.

‘A place of welcome and inspiration’

Along with the opening date, the museum’s location has also been carefully chosen. The area where the museum is situated is part of the historic and touristic heart of the city. ‘We aim to provide a place of welcome and inspiration, a refuge from the busy city centre,’ explains Margaret Kelleher. MoLI’s building was formerly occupied by UCD, which was moved in 1909 in the Dublin South-East area. Anecdotal? Certainly not, as the poet Gerard Manley Hopkins was a Greek teacher at UCD, and most importantly, the writer James Joyce himself studied there. On the edge of the St Stephen’s Green Park, Joyce’s bust is positioned toward his former university. 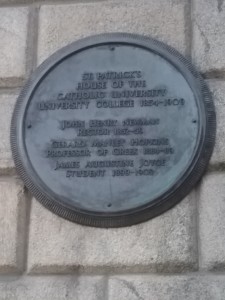 The museum’s grey façade hides bright spaces. All the rooms are spacious, and one can wander instinctively from one room to another. Inside the building, the sceneries are incredibly diverse;

The museum is meant to be participatory and innovative, firmly modern and full of life. Like many other museums around the world, the digital revolution is also part of the scenery. A modern side fully appreciated, especially by Margaret Kelleher: ‘One of my favourite exhibits at MoLI is the “riverrun of language” [“riverrun” is a portmanteau word created by James Joyce, literary meaning “the river flow”] which displays Ireland’s literary heritage, in English and Irish, over a thousand years and more. Here we use cutting-edge twenty-first century digital technologies to convey a wall of words and sound, with writings ranging from the work of Digde, who is credited with being Ireland’s first known woman writer (c. 900) to contemporary poet Paula Meehan.’ 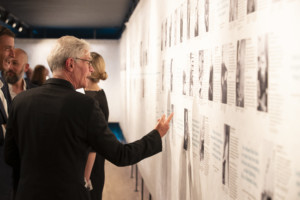 With the autorisation of the Museum of Literature Ireland

The writer James Joyce, a ‘cornerstone’ of the museum

The entire museum is shaped around James Joyce, one of the most important writers of Ireland and the world. According to Margaret Kelleher: ‘Our distinctiveness comes in part from our historic location: Newman House was the student home of James Joyce, and so it is very fitting that we celebrate his work and his legacy as a cornerstone of our museum.’ The writer is everywhere, even in the very name of MoLI. MoLI’s acronym is indeed a reference to Molly Bloom, one of the characters of his masterpiece Ulysses published in 1922. At the time, the scandalous final stream of consciousness of this female character was both incredibly shocking and inspiring.

Thanks to its collaboration with the National Library of Ireland, MoLI has gathered a unique collection of artefacts. One can admire numerous original manuscript pages annotated by James Joyce along with the first edition of Ulysses. The museum also houses many surprising treasures: for instance, an illustrated version of the novel by the fauvist painter Henri Matisse, or a hand-written letter from James Joyce to his friend William Butler Yeats, another great Irish poet. 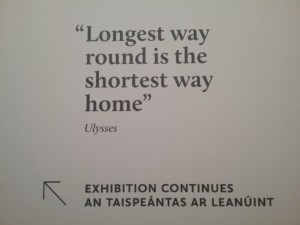 However contemporary writers have not been forgotten. The museum shed fresh light on their relationship with the author of Dubliners. For those writers, Joyce can be a source of inspiration, or an overwhelming predecessor, and one can listen to their accounts at the museum. Additionally, future generations are also taken into account: ‘In summer this year, we will launch the Edna O’Brien bursary, a creative writing program for teenage students, which we are honoured to name for one of Ireland’s greatest living writers with her permission,” shares Margaret Kelleher with enthusiasm.

Behind MoLI, one can discover, amazed, a greenery garden. It is truly the perfect place to read : the peaceful tranquillity, the benches and the statue of a Jesuit reader made by the Irish sculptor Bob Quinn. MoLI’s garden, aptly named the ‘Readers Garden’, is expected to increase in size over the years. This garden leads directly to the Iveagh Gardens, a public garden better known by the Dubliners as the ‘Secret Garden’. The gate, left open, invites passers-by and workers from the neighbourhood to come and enjoy some rest or a book on the benches to their heart’s content. 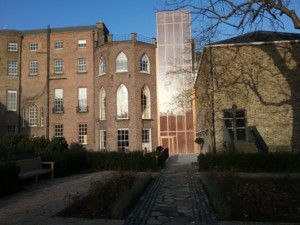 Since 2010, the Irish capital is part of the UNESCO Creative Cities Network as a City of Literature. MoLI has joined The Dublin Writers Museum and The James Joyce Centre opened in 1991 and in 1996, respectively. These two museums, almost unchanged since their opening, have unfortunately been kept in their outdated original state. In contrast, MoLI brings new impetus to the city that holds such importance for the history of literature. This is due to MoLI’s goal, as Margaret Kelleher explains: ‘Here at MoLI our mission is to explore the richness and depth of Ireland’s writing tradition, and to shine a fresh light on past writers through partnership with living artists.’ 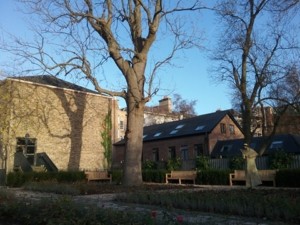 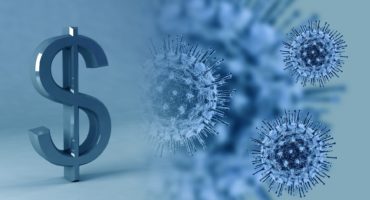 Corona bonds: will the European division be overcome?