Canada: What rights for women?

TRANSLATED BY FLORENT CLERQ AND PROOFREAD BY CARA EVANS-GILLEN

From Hollywood to Paris, women rights are in the spotlight. A country said to be young, open-minded and progressive, what is the situation in Canada? Here’s an overview. 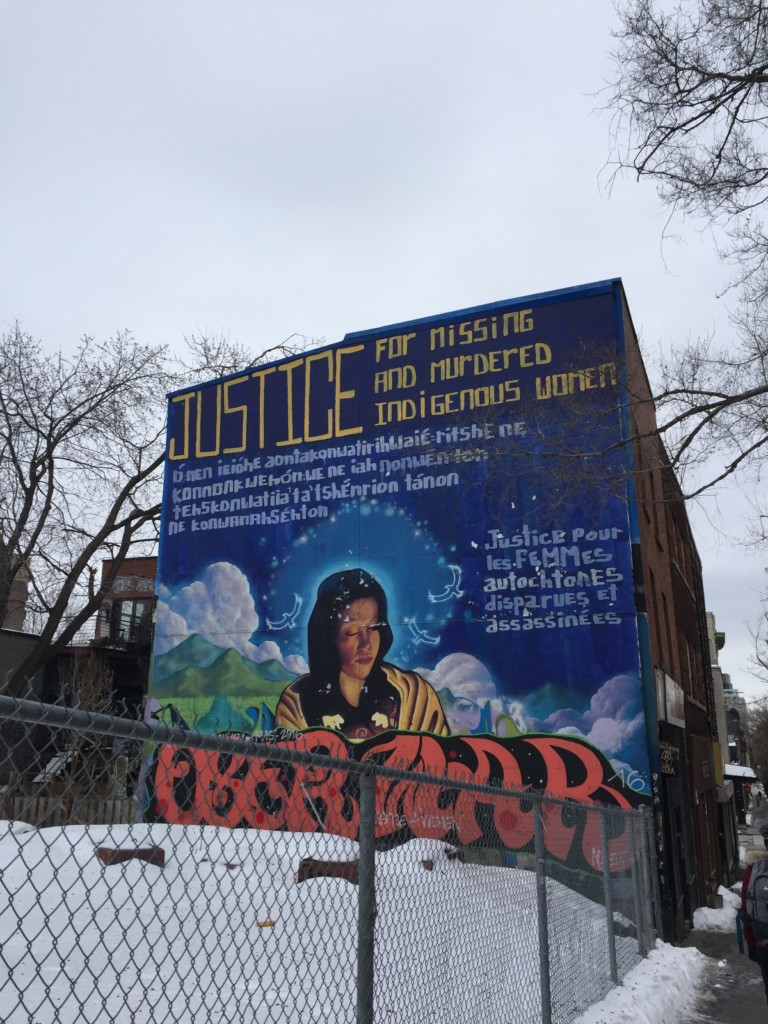 In 2017, the Canadian Confederation celebrated its 150 years. In addition to the controversy surrounding this milestone, it must be noted that women’s rights have mobilised people from the very the beginning.

In 1907, the first Catholic feminist organisation, the Fédération National Saint-Jean-Baptise, was created. Then in 1915, women in Manitoba who were married to soldiers or sailors were the first to be given the right to vote in federal elections. However, it took until 1918 for the majority of Canadian women to be given the vote, although certain provinces were still missing out on it. For example, in Quebec, where it was only given for the provincial elections in 1940. In this respect, Canada places above the US, France, to a lesser extent the UK or even Italy, but behind Finland or Denmark. The Canadian mentality, particularly in Quebec, is based on the idea of the emancipation of women based on economic autonomy. In 1911, the Canadian Labour Congress backed the concept of equal pay for equal work and in 1951, Ontario announced the first Canadian law on salary equity.

The fight for women’s rights in Canada is also marked by the progressive discrimination of Aboriginal women. Before colonisation, they played a prominent role in political and economic decision-making. However, they did not get the right to vote in federal elections until 1960, more than 40 years after the majority of their fellow female citizens. They also had to wait until 1985 to be able to keep their native-Indian status while being married to someone non-Aboriginal and until 2009 for this law to be extended to their grandchildren.

Very active on social media, Canadian Prime Minister, Justin Trudeau, has repeatedly reiterated his commitment to the fight for women’s rights. Already in his campaign, he has defended the right to abortion, claiming that withholding this fundamental right to women would be like “refusing women their future”.

Only last week, at the World Economic Forum in Davos, he caused a bit of a stir by announcing in front of some of the world’s top bosses the need for “hiring, promoting and retaining more women,” […] because it’s the smart thing to do.”

Last November, in the midst of an international scandal, he proclaimed the responsibility of men as a key catalyst for change during International Day for Elimination of Violence against Women.

Insisting on the need for men to embrace feminist discourse is constant in Trudeau’s rhetoric, as if achieving more gender equality was only a male matter. On 8th March 2017, during International Women’s Day, the appeal of Trudeau’s wife, Sophie Grégoire, to celebrate men as well made a few waves and the couple were accused of reverting back to men on a special day uniquely for women.

Among the Canadian population, this stance has not been unanimous. Accused of mastering the art of communication, due to his omnipresence on social media sites, Canadian women are still waiting for action.

Because “if women are pampered in Canada”, Léa, a student in Québec, sees the reality: “He might well say he’s going to do a lot to help everyone, but he makes excuses every week, but it terms of concrete actions, I don’t really see the results”.

And in fact? The new generation testifies.

It doesn’t take a long time living in Canada to see the local initiatives that are being developed for women. At the University of Ottawa, the sports service sets aside ‘women-only’ time slots at gyms and at the university swimming pool. Departments for gender and feminist studies are thriving everywhere and are well developed. In Winnipeg, Manitoba, the first Canadian province to give women’s suffrage, the Canadian Museum for Human Rights have dedicated an entire section to the respect and history of women’s rights.

Deepak, a 24-year-old student at the University of Ottawa, thinks that “women’s rights in Canada are similar to those of other developed and developing countries”. Although he does think that women are much safer in Canada. It’s a belief he shares with Léa, who spoke about her experience in Europe. “I had never experienced ‘cat-calling’ (note: whistling or shouting suggestive sexual comments or innuendos) in Canada, but I have been in Ireland or in Spain and I noticed it’s a lot more frequent”.  Nevertheless, they both think that there are still improvements to be made and that Canada has the ability to work on it.  They point out the ignorance of the law by certain women and the lack of education. In many families and even at school, sexist stereotypes are still conveyed, often subconsciously.

6th December last year, Canada commemorated the 28th anniversary of the murder of 14 young girls at the École Polytechnique de Montréal. Deemed to be an anti-feminist assassination, the massacre, which affected the entire population, reminds us that the fight for women’s rights still goes on today. In Canada, eight out of 10 victims of domestic abuse are women.

Banner photo: J. Trudeau during the announcement of the next Women Deliver conference in Vancouver in 2019. Figurative picture. Photo Credit: Women Deliver.