Understanding the situation in Bolivia: between fraud and coup d’état

On November 10th, 2019, Bolivian President Evo Morales announced his resignation. Leading the country since 2006, he was becoming increasingly helpless as he was dealing with the country’s political crisis that was going on for several weeks.

How has the situation in Bolivia deteriorated to this point?

To understand what is happening there, we must go back to the October 2019 elections. The general elections took place on October 20th. In the Bolivian electoral system, a candidate is directly elected if they have a lead of more than ten points in the first round of an election. On the evening of the elections, at 7.40pm, the first counting put Morales in the lead, but with less than a ten-point lead. Towards 9.30pm, although no update had been published regarding the votes, Morales proclaimed himself as the winner of the first round. Then, on the evening of the election, a Sunday, Morales had obtained 45.28% of the votes and his opponent, Carlos Mesa, 38.16%. However, on Tuesday, although 95.63% of the votes had been counted, the results showed a larger gap: 46.4% against 37.07%. This meant a gap of less than ten points. However, Evo Morales claimed his victory, thus presenting himself as re-elected. The Organisation of American States had expressed doubts regarding the counting of the votes.

Protests that contested the victory of Evo Morales broke out on the day after. The latter rejected any ideas that involved a cooperation with the opposition party despite the tensions created after the elections. 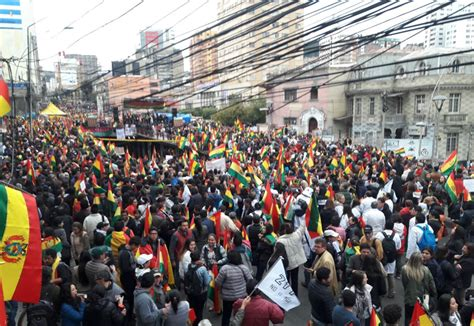 The revelation of fraud eventually exploded a week later, and Evo Morales was forced to resign. After seeking political asylum in Mexico, he accused the army of having planned a coup to remove him from power.
On November 26th, Jeanine Añez, the interim president of Bolivia, announced that new elections would be held to calm the tense situation that had been developing for over a month on Bolivian soil. 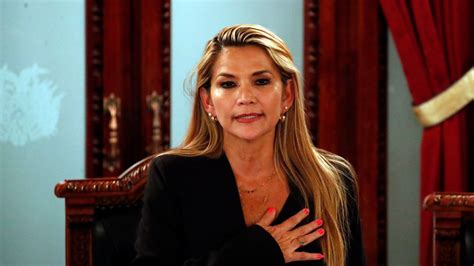 Whilst no attempt at a coup had been proven, the situation in Bolivia remained tense. On November 18th, an estimated 23 people had been killed and 715 injured during violent protests.

From an international perspective, the Cuban, Argentinian, and Venezuelan governments condemned the coup d’état in Bolivia. The Colombian and Peruvian governments were more reserved and suggested a gentler change of government. The EU and the USA, however, accused Morales of electoral fraud.

On November 24th, Añez enacted a text foreseeing new election to be held by June. This document also annulled the results of the presidential and legislative elections. This equally allows for a renewal of the composition of the national electoral authority (the Tribunal Supremo Electoral).

New elections were scheduled for May 3rd, 2020, but they have been postponed due to the COVID-19 epidemic. Candidates include Luis Arce, former Minister of Finance in Morales’ government, from Movement Towards Socialism; Carlos Mesa, from the “Civic Community” party; Chi Hyung Chung, from Front for Victory; Luis Fernando Camacho, from We Believe; and Jeanine Añez, from Together, the outgoing president.