Last Saturday, more than a billion people, mostly young girls and boys, walked down the streets in many United-States’ cities, protesting against the rifles proliferation, after school shooting which caused the death of 17 people. In the US, lot of people consider, as the second amendment says, that anyone has the right to buy, keep and if needed use a rifle, and the powerfull guns Lobby, the NRA, does everything she can to keep this right opened for everyone.

On the left hand : “Take that brave citizen, thanks to that thing you may assert your rights to defend yourself – Second amendment is sacred”

On the right hand : “Thanks, anyway i’m just looking for shooting people randomly” 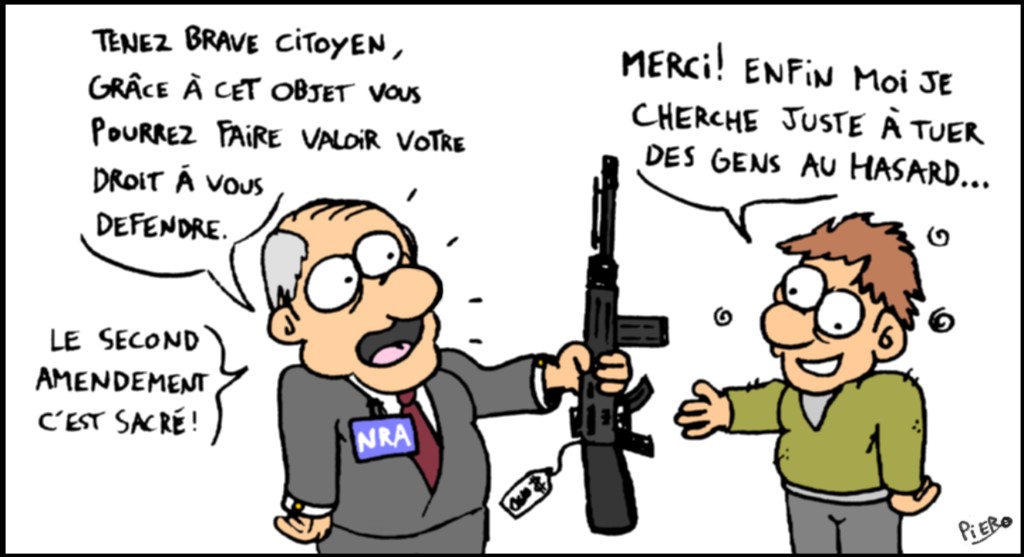