TRANSLATED BY RHONA KAPPLER AND PROOFREAD BY LAUREN VALENTINE

According to Statistics Canada, native women are 3 times more likely to be victims of domestic violence and seven times more likely to be victims of murder than non-native women. After the launch of a national inquiry into the women and girls of indigenous communities, the people of the First Nations hope the study will shed some light on these atrocities, and change the country’s perceptions.

European colonisation had a devastating effect on these communities. Before colonisation, women had a central role in the clan system of the time. The colonisers brought with them their patriarchal societal structures, and women suddenly found themselves to be second-class citizens. This imposed hierarchy not only transformed the status of women but also the status of men, unprepared for this change in societal roles.

Repercussions of the past

Fast-forward to the present, and the role of native women has undergone many changes over the course of the centuries, causing them to re-question their identities. The Indian Act, introduced in 1985, significantly infringed native cultural practice. This condescending and assimilationist law led to the loss of native status for many women who chose to marry non-native men. The law also saw the introduction of residential schools for children coming from indigenous communities, a scheme that lasted until the 1970s, separating children from their families to be indoctrinated with western values and forced to forget their roots. The ‘sixties scoop’ phenomenon remains a significant trauma for the First Nation people. From the 1960s to the 1980s, thousands of native children were taken from their families to be adopted by non-native families in Canada, the United States and Europe. This process forbade these children from practising their religion and from speaking their own languages, creating significant identity issues.

In addition to these factors, it is also important to take into account the systematic discrimination that exists within Canadian institutions and the police force. These institutions are often accused of neglecting indigenous communities in need of legal help. Native women currently have very little trust in the Canadian authorities. This lack of consideration and understanding from government bodies also contributes to the stigmatisation from 5% of the Canadian population. This political stance has led to the forced separation of women from their children, triggered a national stigma surrounding these communities, and has allowed these individuals to remain trapped in a cycle of poverty.

Nevertheless, there is hope that this kind of institutionalised prejudice will change under the current government, as president Justin Trudeau has made the concerns of indigenous women a priority in his program. The launch of a national independent inquiry into the disappearance and murder of native women and girls seeks to uncover the suffering of this forgotten section of society. The government has agreed to a budget of 5,386 million dollars over two years to allow the investigation to be carried out by the 31st of December 2018. Four commissioners must release a report on the systemic causes of violence against native women and girls. Their goal is to understand the contributing factors to the violence and to find the best way to eradicate them. 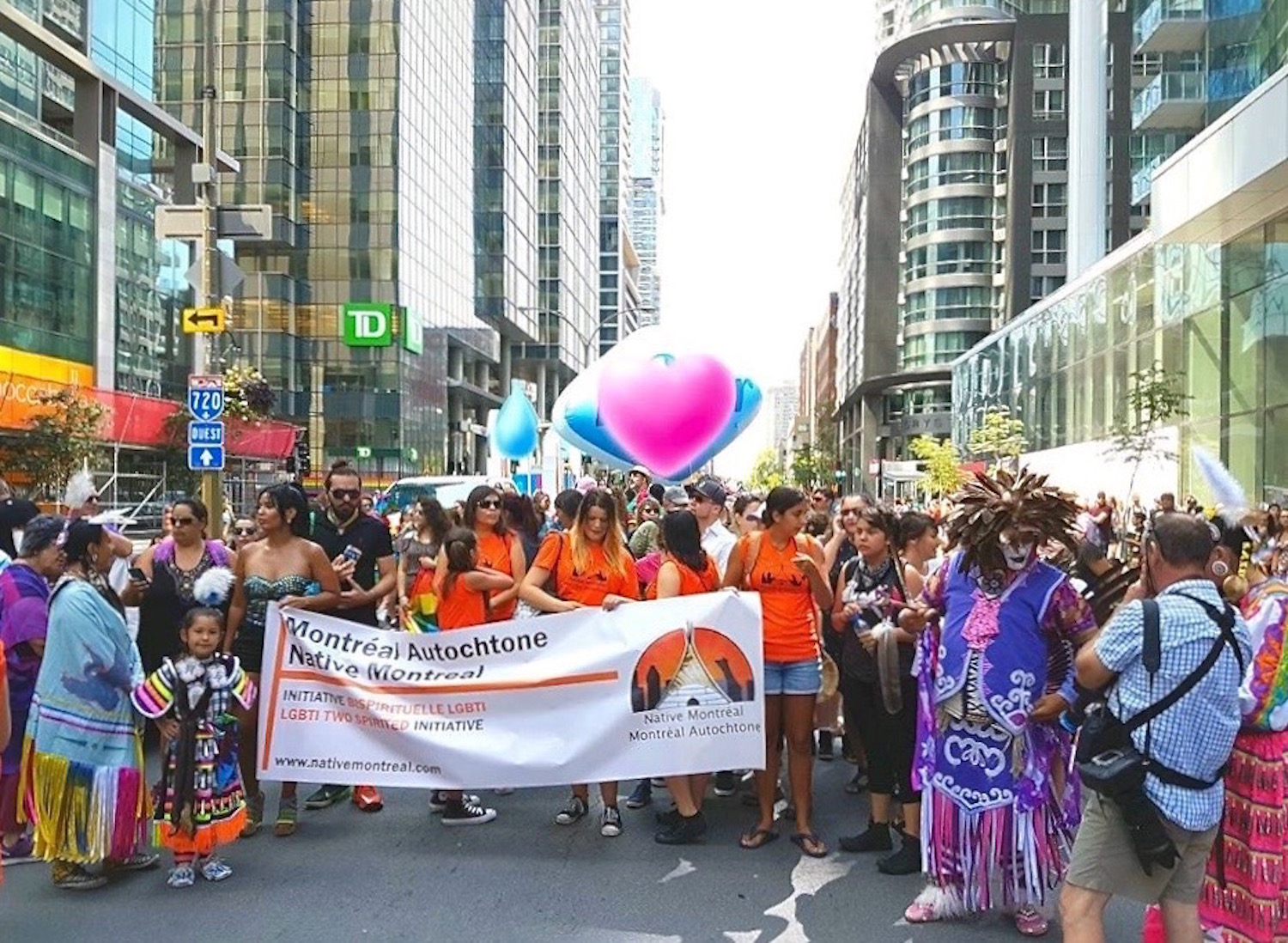 A demonstration in defence of indigenous rights in Canada. Credit: Léore Pujol.

Viviane Michel, president of Quebec Native Women (QNW) is relieved that the government is finally doing something about this issue. The organisation has been running for 45 years, fighting for better living conditions for native women as well as promoting non-violence, justice, equal rights and the right to healthcare. Michel is fighting for a change in attitudes and above all for the support of the judicial system in protecting native women. She affirms that there is systemic judicial impunity for crimes against native women, claiming that “for them, we are not worth enough to change the judicial system – that would just be another expense for the government”. For 30 years these women have fought for their rights and have continued to raise public awareness of these issues.

“What we have today is a space to talk. We have to talk things through, tell our stories, and come together to help each other and heal the damage that has been done.”

The purpose of the investigation is to report disappearances, reunite families, and to put a stop to prejudice. Michel also points out that the commission will be putting measures in place to help these families recover. “What we have today is a space to talk”, she adds, “We have to talk things through, tell our stories, and come together to help each other and heal the damage that has been done.” This in turn allows people to share information more easily, creating a support network both within and beyond indigenous communities.

However, the commission has encountered a few difficulties in proceeding with the investigation. The inquiry’s scope is too wide, and it is structured in such a way that it will take a very long time to complete. Michel informs us that the commission started the investigation with an initial hearing in Quebec, with the First Nations community of “Uashat Mani-Utenam”, after two years of planning. This long-awaited hearing was an important first step for both the First Nations and Quebec Native Women.

The president of the QNW is happy with the positive results of the inquiry, but she worries about what is to come. She hopes that the Canadian government will put in place some practical measures to make up for the shortcomings of the judicial system. “The government has a responsibility for its people”, she insists. “If we all truly are equal in the eyes of the law, we would like to see some evidence of that.”

Despite the continuing progress of the investigation, it is important to keep going, to continue to raise awareness among young girls and to fight on behalf of these women, their families, and their communities. So, what’s next on the agenda for QNW? From the 26th of June to the 3rd of July, the organisation will attend an international meeting in Paris, bringing together indigenous peoples from Canada, the United States and Guyana. Viviane Michel hopes that this event will help raise awareness of Aboriginal rights on a more global scale.

Header image : A native woman and her child, via Quebec Native Women (QNW)