The French ship BPC Mistral, currently in service in the Gulf of Guinea, finds itself at the epicenter of worldwide piracy. Over the last ten years, the Gulf of Guinea and the coasts of Nigeria have been troubled by increasingly violent pirate groups, who have been a constant thorn in the side of regional governments. The measures implemented, notably by European countries, bear witness to the economic and energetic issues, besetting this region which is so crucial to the African trade of oil and natural gas.

The Gulf of Guinea is an area rich with natural resources which consequently receives constant and heavy maritime traffic. The region’s oil reserves represent around 8% of the world’s proven reserves. The region is also abundant with natural gas and fishery resources. The resulting sharp rise in maritime traffic has increased the number of potential targets for pirate factions. These groups generally attack ships carrying petroleum products or local fishing boats. The resulting economic losses are substantial for governments and businesses alike, and some Western oil companies such as Shell and Total have abandoned the region.

The MEND group (Movement for the Emancipation of the Niger Strait) is one of the main pirate factions plaguing Nigeria. If the group were a legitimate organization, its agenda would be against oil companies and the Nigerian government. But while it claims to have political motivations, the faction seems to primarily pursue economic interests. In any case MEND — not content with limiting their attacks to oil tankers— regularly target local fishermen and farmers, both on land and at sea.

This type of activity seems to have increased since the mid-2000s, and has been accompanied by a resurgence in violence. Hostage situations are different now from those previously documented in the Gulf of Aden, for example. BMI (the International Maritime Bureau) recorded 177 attacks in 2012 and 138 in 2013; it is estimated that only one in three attacks are reported. In this region, where the locals have a much lower standard of living, the ransom that pirates can hope to earn is much lower than their income from the black market and from more frequent assassination orders.

The Kerala incident is a telling example of this type of activity, which has helped bring the issue to the attention of the international community. On January 18, 2014, a Greek shipping company lost radio contact with its oil ship Kerala, though it was only a few kilometers from the port of Luanda, Angola. Contact with the vessel was restored after a week, when it was found near the Nigerian coast. 12,000 tons of oil had been stolen. The captain then confirmed that he had been taken hostage, which is common practice among pirate groups. According to maritime experts, the disappearance of this ship is…. a sign of the increase in piracy that is increasingly present in the Gulf of Guinea and spreading in the south. 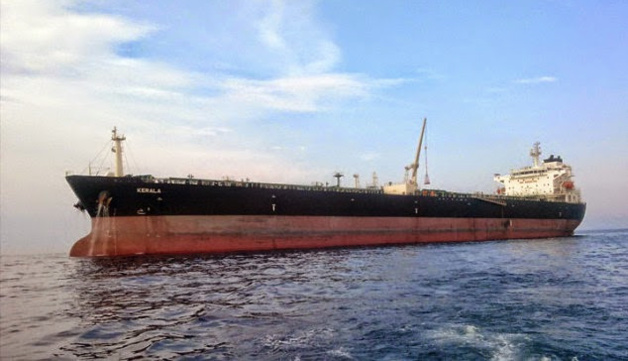 WHAT SOLUTIONS AND LIMITS TACKLE THIS PROBLEM?

Despite an increase in awareness of the issue, preventative measures and solutions are having little impact in the region. Local piracy perfectly illustrates the political and legal dilemma posed by this type of international crime. According to the UN Convention of Montego Bay, it is the responsibility of the international community to intervene in the fight against piracy. However, with pirate activities in the region occurring most frequently in the territorial waters of Nigeria, the government refuses any intervention that would undermine its sovereignty.

However, the economic implications have pressed more EU member states to offer assistance to the local authorities. In 2013, Jean-Marc Ayrault stressed the need for France to secure its oil supplies in the region, with some justification. The French government has agreed to the presence of armed guards on its oil tankers to increase security, a measure requested by the ship owners. The French army also patrols the international waters in the area.

Another development was that of French private militias – such as Gallice Security – cooperating with national governments by providing advice and carrying out targeted operations in their fight against piracy. However, this presence raises once again the question of respect for sovereignty, leading to fears of escalating violence within local authorities.

The ideal solution would therefore come from the political authorities in the region, however cooperation on this matter continues to prove difficult to achieve. In this regard, member states of ECCAS (Economic Community of Central African States), ECOWAS (Economic Community of West African States) and UN representatives gathered at the Yaounde Summit in 2013. Their main objective was to determine a regional strategy to curb this phenomenon. On this occasion, the states of the region appealed for international aid based on the grounds of the precedent at the Gulf of Aden, when international intervention forces were able to use force and to pool their operations. The IMO (International Maritime Organization) successfully brought the national governments of the region together to set up joint action, obtaining good results in the process.

If Ban Ki Moon welcomed the agreement and the Code of Conduct adopted, he demanded additional resources and authority from the international community and the region’s Heads of States have echoed these appeals. However, the agreement is not binding, though it is expected that the governments will pursue this course of action. There are calls for the agreement to be made mandatory, because even if an agreement on safety and security in the region were to be reached in principle, in practice there would still be few effective measures in place, and the pirates could continue their activities.

The fight against this phenomenon remains as crucial to local authorities as it is for countries importing gas and oil, especially given that piracy continues to cause significant economic losses for regional states and deters more and more major oil companies from operating in the area. Nonetheless, this struggle seems to be more closely linked to other issues, such as the poverty of the local populace and the complacency of the authorities, who are more concerned with other matters, and refuse to risk losing their prerogatives.