Iran: women at the frontline of the resistance

TRANSLATED BY RHONA KAPPLER AND PROOFREAD BY GENEVIEVE SILK

Last week in Paris, an international conference was held on the role of women in the Iranian fight for democracy and the protests that shook the country last month.

Several dozen protesters killed by the forces of order, thousands of arbitrary arrests, a dozen killed by prison torture: it all makes up an alarming summary of the state of human rights in the country. However, this is also indicative of the scale of the movement which continues to trigger regular protests in Iran.

An event, titled ‘Women Force for Change: Iran uprising and the Role of Women’, was organised by the National Council of Resistance of Iran (CNRI). With International Women’s Day soon approaching, defenders of women’s rights from 23 countries and 5 different continents came together in a call for international solidarity, paying homage to the Iranian women fighting for freedom and emancipation.

‘Down with the dictator!’ 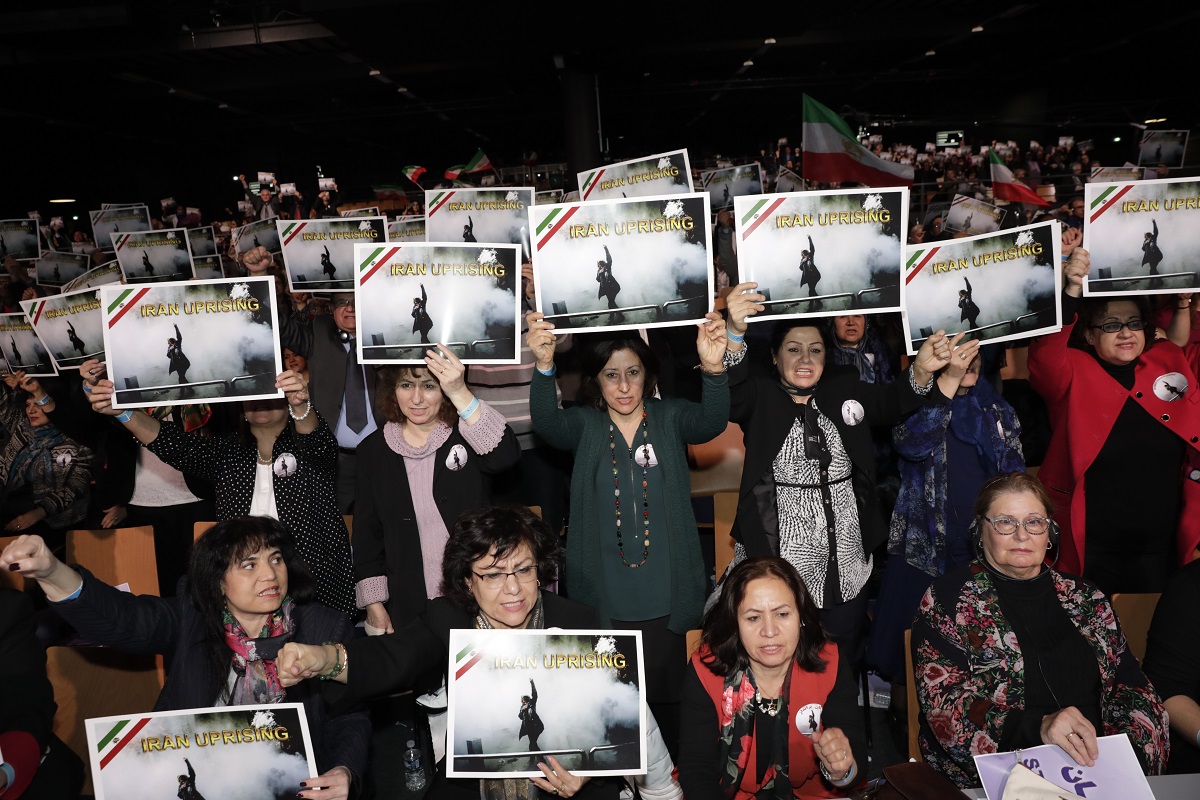 Women were present in huge numbers to support the women of Iran. Credit: Omid Khadir.

The woman on these posters represents the new face of Iran. A modern Statue of Liberty, she cries ‘down with the dictator!’, fist in the air and cloaked in clouds of tear gas.

Ingrid Betancourt, former candidate for the Colombian presidential elections, contributed to the discussion, pointing out that ‘while we see women starting to take a stand all over the world, making themselves heard, denouncing the abuse they have suffered, taking part in the huge #MeToo campaign, I notice that Iranian women are not always included in discussions surrounding the Iranian uprising of the last couple of months. Some people refuse to understand that these women are the earthquake that will shake the very foundations of the Iranian dictatorship. They threaten the dictatorship because when they remove the hijab, they are also demanding youth employment, demanding basic civil and human rights, calling for nuclear disarmament and the abolition of the death penalty, and saying no to the compulsory veil.’

Iranian women playing a major role in the fight for freedom

Aude de Thuin, President of the initiative Women in Africa, deplores the fact that ‘the press is more than happy to report on women removing their hijab, but less quick to discuss the real role these women are playing in the uprising. As far as the western press is concerned, the only right they are reclaiming is the right to say no the veil. What a lack of curiosity on their part for not interviewing these women or talking to them about what they really want for their country. These women are an essential part of the movement, despite all the odds, they are making deep changes that not only concern the future of their own lives but the future of the country. It’s about time that the world recognised the fact that these women are playing a major role in Iran’s fight for freedom. We must support them.’

According to Maryam Radjavi, president-elect of the CNRI, ‘Iranian women have not only stood up to fight for their own freedom; they are fighting for the Iranian people. When we look at the last 39 years, it has been impossible to meet even the most basic needs for women under the regime, from the abolition of the compulsory veil to the total elimination of discrimination and inequality.’