In recent years, water shortages have occurred all over the world. They are sometimes temporary, like in France during the summer. But for other countries such as Mexico, it is a permanent situation. And even when there is no shortage to speak of, water can be unsafe, or water access may not be secure.

From a very young age, we are taught that the Earth is nicknamed the “Blue Planet” because of its oceans that can be seen from space and cover 71% of its surface. But appearances can be deceptive. Most of the water that we see is not drinkable and therefore unfit for human use. According to Courrier International, only 2.5% of the (aqueous or non-aqueous) water on Earth is drinkable.

Water stress, water scarcity, depletion, aridity, drought… There are many different terms to describe all these water-related phenomena which are becoming increasingly important. But there are subtle differences between them. In his article “Understanding water scarcity as a social phenomenon. A panorama of approaches”, Arnaud Buch defines water scarcity as a situation when the demand for water resources is higher than its supply. Water stress, on the other hand, is a more complex indicator that evaluates the intensity of this scarcity in relation to the number of inhabitants and their available resources. Scarcity is the term commonly used to refer to the depletion of fresh water available for the population’s use, especially by the United Nations (UN) in their World Water Development Report.

All these phenomena can be either temporary or permanent. According to the UN World Water Development Report 2019, 3 out of 10 people in the world do not have access to drinking water. The notion of “Day Zero” is spreading, referring to the day when no more drinking water will be available. For some areas, this date is getting closer at a quite an alarming rate. But for others, such as Cape Town, the deadline has been pushed back.

“Day Zero” is a very critical parameter in countries’ water consumptions. Water is not only vital to human survival, but also to the socio-economic development of a country. Yet the UN reminds us that the issue of water is not independent, as many subjects are linked to it. Water is one of the Sustainable Development Goals (SDG), in particular the Sustainable Development Goal 6 (clean water and sanitation) which aims at guaranteeing access to water for all, access to safe drinking water and sanitation, and to ensure more sustainable water resource management. The SDG 6 is linked to other goals relating to health, the economy and the environment.

Water access and water resource management is also a Millennium Development Goal (MDG). Indeed, part of the population does not have access to water, has access to water that is unfit for consumption or has unsafe access to water. And these variables can add up.

These tensions lead to a scarcity of water in areas where water is presented like blue gold. For example, Chile’s Constitution enshrined the private ownership of water in 1980. It works like any other ownership right: it can be sold, exchanged, rented and can only be used by its legal owner. As a result, because of the drought experienced by Chile – caused by the avocado culture among other things – this water business is thriving and the prices of “water rights” are climbing. This system favours large-scale farmers and wealthy families, forcing smaller producers to convert or leave to look for new, more fertile land with water access.

The world’s population is increasing, and with it so is the demand for food and water. The challenge of this increase being the constant adaptation of water needs and distribution so that everyone can have access to it. Nowadays, there are blatant inequalities.

Despite the presence of underground aquifers, some countries do not have the necessary equipment or resources to extract and use this water. Additionally there is not enough available groundwater to meet the water demand of an entire country. As a result, we are currently facing huge inequalities. While some people only need to turn on a tap, in Mexico City there are tanker trucks bringing exact amounts of water – sometimes less – for a whole neighbourhood every week. When the truck arrives, inhabitants are in charge of distributing the water.

In some countries, the only water available is unfit for consumption. In this case, sanitation systems must be implemented to clean it. Desalination is one of the advanced techniques that allows us to use the 97.5% of salty water present on Earth. This technique has been used more and more since the ’80s: nowadays, 15,906 desalination plants are currently operational. There are two processes: thermal and membrane desalination. To date, thermal desalination is more widely used because it is a simple distillation process. But it is costly, especially in that it requires a lot of electricity. Out of the total electricity consumption in the water sector, the various operations such as transfer, wastewater treatment, distribution and supply have a stable consumption over the years, which is not expected to increase in the years to come. Desalination is currently the least energy-consuming operation. But should the increase continue through 2040, desalination will become the most energy-consuming one. There is also an ecological cost, since for every litre of drinking water produced, about 1.5 litres of brine are created. This technique is predominant in the Middle East and North Africa, where water stress is the highest.

The topic of water management is a critical issue in geopolitics. All around the globe, numerous conflicts are caused by water and how to share this resource. These conflicts can be on a national or international scale.

On a national or regional scale, big industrialists are monopolizing the various watercourses and their access, or diverting part of them for their own needs or profits. This is exactly what is happening in Bolivia, where a water war is taking place. In California, the Nestlé company has various subsidiaries selling bottled water. Nestlé buys its water in the state at a very low price and at high speed, then sells it as bottled water at a high price. The water is extracted from a drought-hit area where the inhabitants have no choice but to buy their water bottled.

On an international scale, water triggers conflicts between countries over the construction of dams or the management of tributaries. In Kashmir, between India and Pakistan, the two countries are fighting over the control of the region, but also of the Indus River and all of its tributaries. There is much at stake, since the construction of an upstream dam by India could cause a significant reduction of the river’s flow to Pakistan. The river is vital to both countries because they are under water stress. The Indus basin is also one of the catchment areas of the nine major rivers that originate in Tibet. More than a billion people depend on it. Another example of state conflict is the Jordan River, which is the sole source of irrigation for 4 countries: Lebanon, Syria, Jordan and Israel. This river has already been the target of attacks in 1965 and 1969. This is why the UN is monitoring specific areas. As there are several aquifers in Israel, the country was able to set up boreholes. 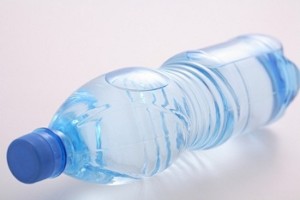 Water has become a strategic commodity. The shortage of drinking water is gradually increasing on all continents and with different levels of criticalness. As it is becoming increasingly more scarce, water has become blue gold that is disputed, traded and above all monopolized by the rich. Access to drinking water is unequal between a country’s inhabitants and companies, like in Chile, thus creating conflicts, be it on a national or regional level.