Legalisation of cannabis: Canada picks up the pace

On Monday 27th November 2017, the Canadian House of Commons got third reading of the C-45 Bill before being sent back to the Senate for reading. Seeking to legalise, regulate and limit the recreational use of cannabis, it is ambitious but the vote is far from unanimous. Overview of the situation. 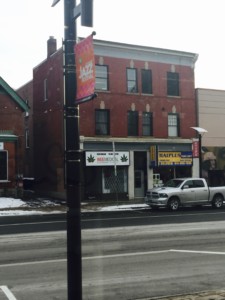 Since the 2015 federal elections, the legalisation of cannabis has featured in the agenda of the current Liberal Prime Minister, Justin Trudeau. Trudeau expressed his satisfaction on Facebook this Tuesday. “We have made another step towards legalising and regulating cannabis.” The C-45 Bill started to take shape on 13th April 2017 and the bill’s main goal of legalising cannabis is therefore scheduled to start no later than early July 2018.

If the law is passed this Monday at third reading, it will be far from a unanimous decision. Of the 282 voters, 82 rejected the bill, with the majority of them being Conservatives.

Currently in Canada, the possession and the use of cannabis for recreational purposes is illegal and will continue to be until this law comes into effect. When asked about the possibility of decriminalising cannabis whilst waiting for the final verdict, the Canadian Prime Minister retorted that it would only further increase illegal drug trafficking. Since 2001, only the use of cannabis for medical reasons, with the supervision of a health professional, has been permitted. If the bill is accepted, Canada will become the first G7 country to legalise the recreational use of cannabis.

A draft law that seeks to protect

The government’s arguments are clear: this draft bill above all aims to protect the public from improper and unsupervised consumption. The legalisation of cannabis constitutes above all a measure of public health. It would equally allow the strengthening of public safety, notably by improving the tensions with law enforcement agencies. Finally, it hopes to solve trafficking problems by making the cannabis market less profitable.

Thus, Canada is committed to “legalising, regulating and restricting” access to limited quantities of cannabis for non-medical purposes. In particular, the country will put in place specific measures concerning the known sensitive issues. Selling and consumption would be forbidden for minors. As for driving “under the influence”, the draft bill would create three new offences, as well as an oral detection device. The regulations concerning its use for medical purposes remains unchanged.

A bill far from unanimous

The legalisation of cannabis is a sensitive subject that raises several important questions. Particularly in the case of driving, the regulation of sales, the distinction between the regulation of medical consumption and non-medical consumption and especially young people. In a petition launched by conservative deputy Chantal Tremblay, those who oppose the bill fear for the health of young Canadians. In fact, several scientific studies have shown that cannabis consumption under the age of 25 has significant health consequences. However, the draft bill will set an age restriction of 18.

Opinions also differ among the general public. David, 21, a student at the University of Ottawa says he is in favour of the law. He believes that “the legalisation has the potential to reduce problems between Canadians who use the drug and police forces.” On the other hand, Véronique, 28, a medical user of cannabis “agrees with legalisation so that more people can consume cannabis without the stigma that is attached to it.” Nevertheless, she regrets that the law is not adapted to the reality of how cannabis is actually used. She uses cannabis that has a low dose of THC, the main psychoactive substance present in cannabis, yet she has never been allowed to drive.

These statements reflect the debate within society surrounding the legalisation of cannabis. If the government declares itself in favour, without hiding its enthusiasm to work next with the Senators, some of them have publicly expressed doubt about the law being able to come into effect by the government’s deadline of 1st July 2018. This doubt is also shared by certain elected New Democrats, who consider the Liberal government to be too hasty given the scale of the challenge.