The Italian Mafia: speaking out over omertà

TRANSLATED BY CHARLOTTE FORD AND PROOFREAD BY JOYCE CHEN

The publication of Roberto Saviano’s latest book on young mafia groups in Naples has attracted considerable attention. Writing and speaking out about criminal organisations is part of a larger, continual struggle against the mafia that is very much still alive in Italy. How can the mafia’s silence be broken?

Life under police protection. That’s the choice that Roberto Saviano made when he decided to speak out instead of submitting to omertà, the silence imposed by the mafia. His work shedding light on the internal functioning of criminal organisations has already earnt him a number of death threats. His most recent book, Piranhas, charts the entry of young people into criminal organisations. He describes his hometown against a backdrop of violence and corruption. However, Roberto Saviano is not the first to break the ‘code of silence’. Others before him have refused to keep quiet about what they knew, rejecting the silence and choosing instead to speak out.

The struggle against the mafia in Italy is nothing new. Umberto Santino, one of the founders of the Giuseppe Impastato Sicilian Centre of Documentation in Palermo is keeping the memory of this struggle alive. The centre’s activities are centred mainly around the publication of books about the mafia in Sicily, as well as cultural initiatives. As Umberto Santino tells the story of this long fight against the mafia, he begins with the pre-war years, during which “the peasants came together to rent the land owned by the mafia. The main goal was to gradually chip away at the mafia’s omnipotent social role”.

“The mafia kills, so does silence”

This resistance continued into the 70s. Umberto Santino explains that it was during this period that “civil society took action in denouncing the mafia’s methods”. This struggle has been waged notably through counter-information and social mobilisation. It faces drug trafficking as well as the embezzlement of public money by the Sicilian mafia. “Peppino Impastato, with his slogan ‘the mafia kills, so does silence’ was one of the key figures of that period in the struggle against the mafia”. 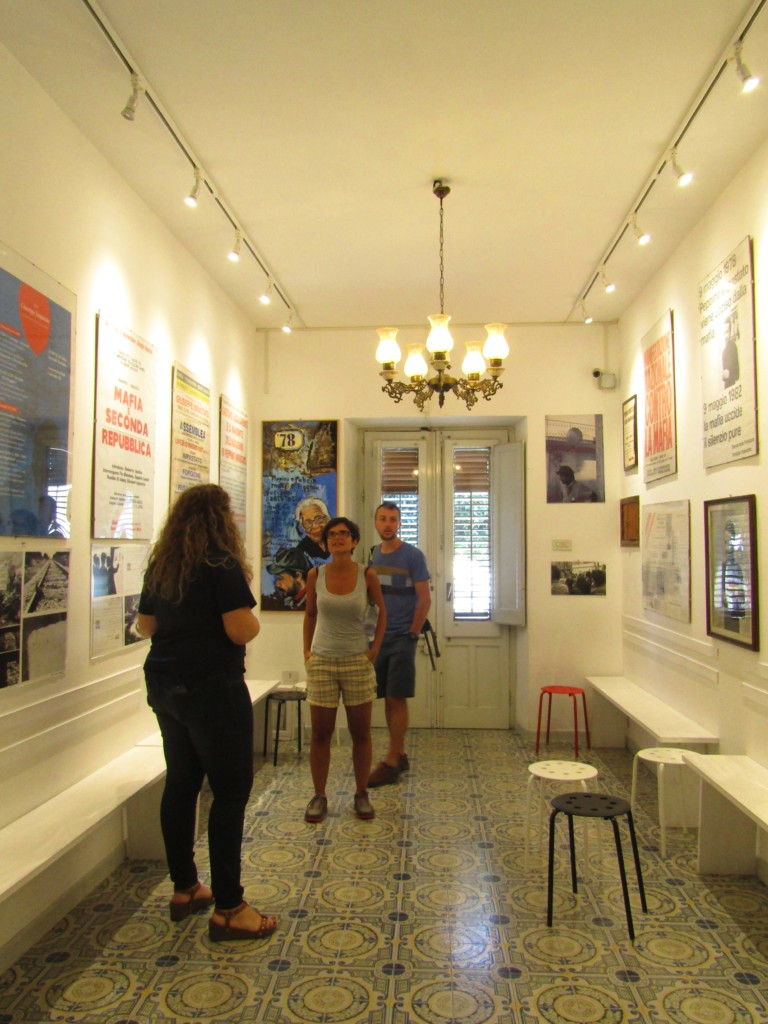 Today, Peppino Impastato’s house welcomes visitors from all around the world

Fighting the mafia to bring about fundamental change in society

Despite coming from a mafia family, Peppino Impastato nonetheless chose to denounce the criminal acts and violence committed by the Sicilian mafia. Pino Manzella was a close friend of Peppino and an artist for the activist group. He recalls that “Peppino’s plan went beyond just being a political struggle against the mafia, it was geared towards fundamental change in society”. Notably, he favoured artistic and journalistic activity. The main goals were to bring to light the violence committed by these organisations and provoke a reaction from the population. He founded Radio Aut, with his programme Onda Pazza, consisting of satire and counter-information against the mafia. Having received little support from civil society as a result of the pervading fear, Peppino Impastato nonetheless continued to increase his activities up until he was murdered by the mafia in 1978. Today, his house has become a place of remembrance dedicated to the resistance against the authorities and criminal groups; a place dedicated to truth and justice for the dignity of each and every human being.

Umberto Santino continues his story with the year 1980, which “marked a major turning point in the anti-mafia struggle. Indeed, it was in this year that the Sicilian region passed an important law in favour of carrying out activities in schools to raise awareness of the mafia”. The Giuseppe Impastato Sicilian Centre of Documentation has since then continued to promote democracy and lawfulness. Notably, it has proposed showing cartoons to young people in schools. “Today, the Sicilian mafia is in crisis. Indeed, the majority of its bosses are in prison and it no longer has a monopoly on drug trafficking. However, it remains attractive in the face of a weak legal economy”. It is therefore extremely important to engage in dialogue with pupils about the danger posed by criminal organisations. 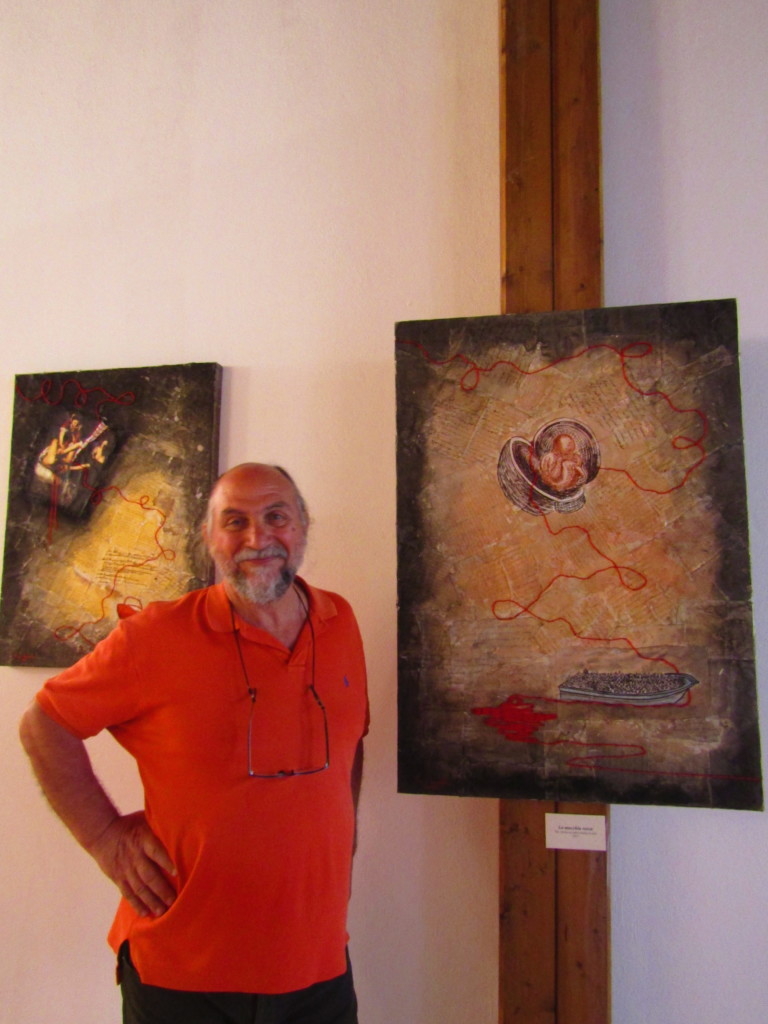 Pino Manzella at the No Mafia Memorial in Palermo

How can the mafia be fought today? “Through strengthening the legal economy and raising our children in a society that inspires hope for the future by giving them access to education and public schools”, responds Umberto Santino. In Palermo, the No Mafia memorial, recently built in the heart of the city, heralds a bright future. The place will be entirely dedicated to raising awareness of mafia and anti-mafia issues. Pino Panzella, participating in the project, reveals that “visitors will be able to take an interactive tour. They will then be encouraged to actively reflect on these very present problems”. In this way, education will continue to play a key role in the fight against violence and ignorance.