My brother’s husband: homosexuality in the land of the Rising Sun?

Original article reproduced in partnership and with permission from L’Envolée Culturelle.

My Brother’s Husband is a manga written by Gengoroh Tagame and published by Akata. It is still being produced in the land of the rising sun as well as in France, and will reach the Anglophone market this summer. Volume 1 was part of the official selection for the Angoulême International Comics Festival, largely by virtue of the work’s three defining themes: tolerance, family, and kindness. 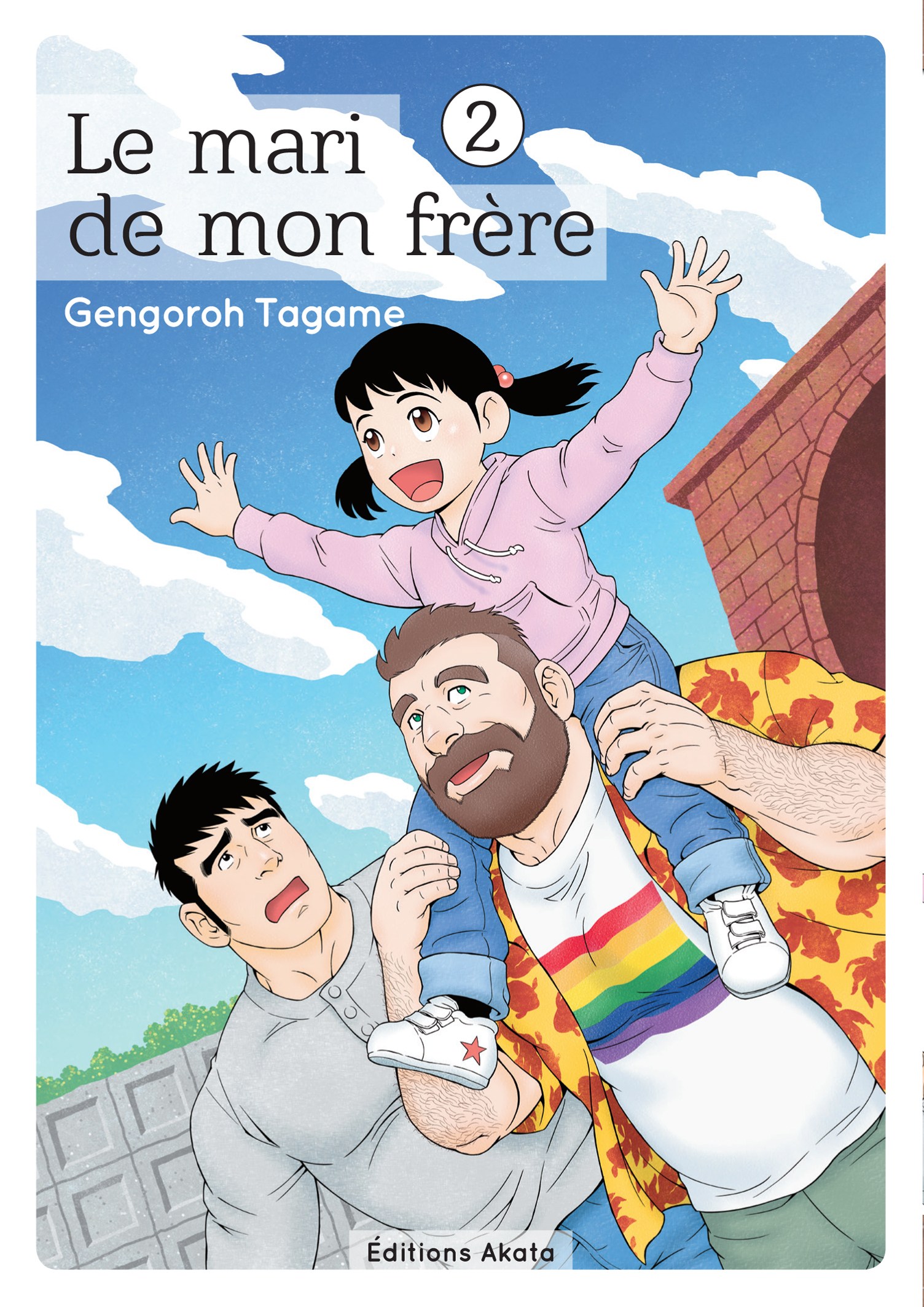 The story begins within the dreams of Yaichi, the main character standing alongside his brother Ryôji at their parents’ funeral. A stay-at-home-dad who takes care of his daughter, Kana, Yaichi’s life is soon troubled by the arrival of his brother’s husband, Mike Flanagan. Mike is a big, Canadian “bear” and has come to Japan and more importantly to discover the childhood home of his recently deceased husband, Ryôji.

In the first 30 pages, Gengoroh Tagame introduces all of the characters and the common thread that binds them all together. This comes as no surprise as the author, widely known for the homo-erotic themes in his previous writing, has chosen to focus on a radically different genre of manga known as “slice of life.” The overall style isn’t overly refined but innocent and pure. The progression of events feels very in the moment because it tackles everyday life for a handful of characters. These qualities are the driving force of the work.

Indeed, Yaichi, who clings strictly to his identity as a heterosexual, Japanese man, experiences a strong feeling of malaise upon the arrival of a gay, Canadian man. This feeling intensifies when he welcomes Mike into his home. He’s thrown off by the “strange foreigner,” and the internal violence he feels is stifled by codes of traditional Japanese hospitality. The theme of double rejection is one that is considered very seriously by the author. The subject must be treated delicately to avoid sinking into pity or, worse, overdone clichés focusing on tolerance. How did the authors manage to escape these traps? By placing, not homosexuality at the heart of his story, but rather the relationships that are—or that should be—maintained by family members.

Extended Family as the Driver of Progression

What ultimately helps Yaichi to make progress is not a militant, fighting for tolerance. On the contrary, it’s 8-year-old Kana’s candid, curious, and naïve perspective sans preconditioning that touches Yaichi so profoundly. Kana is fascinated by Mike, her very large and very new uncle, who is just as surprised to learn of his new family member. Kana wants her questions answered. She wants to understand, but reason alone can’t defeat prejudice. Instead, the absence of prejudice, as in the case of Kana, allows those around her to become aware of their own prejudice. Yaichi’s growth comes from his own self-reflection, not from outside forces. The reconstruction of his personal belief system is thus resolute but kind, and the kindness woven in and around the ideals of the work is certainly the biggest strength of My Brother’s Husband.

A Structure Aimed at Everyone

The majority of the work is written through the eyes of Yaichi, implying that the focus lies on the heterosexual, male character. The reader follows the goings-on of the father and the evolution of his way of thinking, mostly via the nuances offered by the illustrations. For example, the page layouts, which at first represent Yaichi’s repressed discomfort, progressively change as the story advances. The reader also experiences the rejection and isolation of a somber protagonist in a world plunged into darkness. The form is classic, but in the slice of life genre, this allows for a certain sincerity, which in turn adds extra emotion to the work. The manga also addresses a wide readership in a very gentle and innocent drawing style, through characters with soft features and clear intentions. 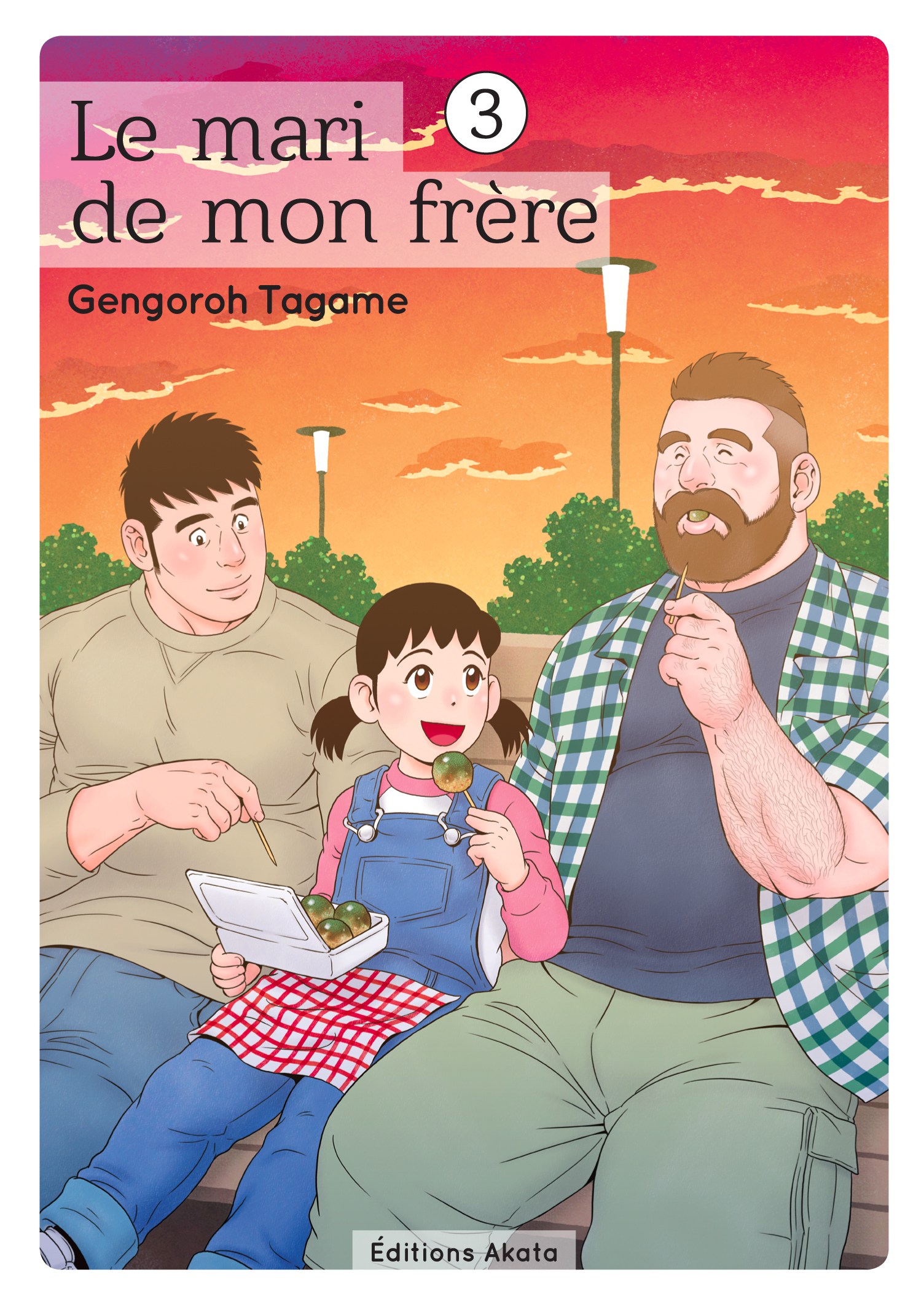 Several chapters end with two pages where Mike, and clearly the author himself, explain specific elements of the homosexual community. What does the upward-pointing pink triangle signify? Where do the concept of gay pride and the rainbow flag come from? What does the expression “coming out” actually mean? These questions are briefly answered, just enough to inform readers in a very pedagogical way about important details concerning the LGBT community, but not so much as to give the impression of jumping into a purely militant work.

If any criticism is to be made of this manga, it would the construction of its narrative. Most of the plotlines are rather predictable, which is surely meant to connect the work with the slice of life genre. A slice of life manga, spanning across several volumes, still has to have a few twists, and some of the resulting situations seem a bit artificial.

This criticism, however, is not to be taking too seriously. My Brother’s Husband as a whole is brilliant. I would recommend it to anyone, even to the most open minded of readers. I even surprised myself. Without realizing it, I too fell into familiar traps of prejudice. And even when said traps aren’t “that bad,” it’s shocking to find yourself thinking, “Damn. I thought I knew this person pretty well. I’m open minded…I think? And I’m assuming people are close minded even when they’re not. Why do I do that? I’ve got to be more careful.” It’s important. It’s a challenge, or at least an occasion to reflect on how you’re actually treating other people. For that, I’m thankful for this work and for Gengoroh Tagame.

I could go on and on about this manga, but I prefer to let you discover it on your own. I don’t want to risk falling in to the very same traps that My Brother’s Husband so tactfully avoids.