What if watching a TV show could teach you more than you think? If you have not heard of this fantasy and horror-based series available on Netflix, you should know that American Horror Story (AHS) separates its seasons into full stories that are independent from one another. Most of the time, it draws inspiration from true facts mixed with fantasy, drama, horror, history and mythology.

A fictional and realistic show

The plot of the show’s third seasons, “Coven”, is set in New Orleans, Louisiana. Although the main part plays out in a contemporary setting, the season is filled with flashbacks to the 1830’s and the 1690’s. This season introduces a coven of witches run by Madame Robichaux. Similarily toJust like the show Original Chilling Adventures of Sabrina, AHS pictures a modern vision of womanhood, portraying strong and eccentric female characters. 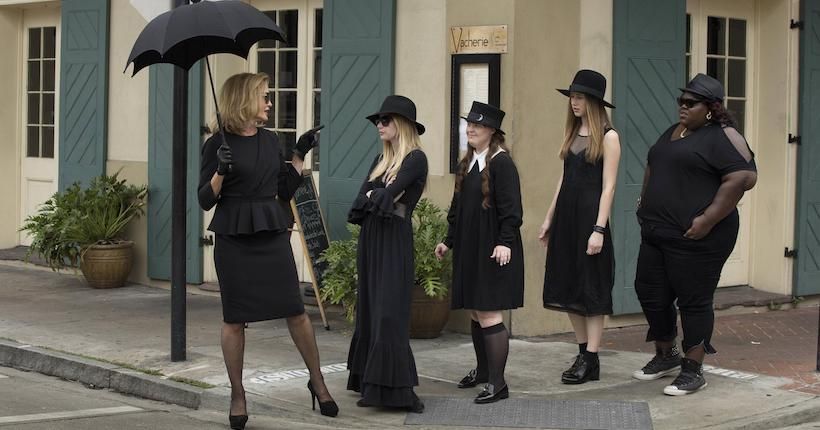 Among the fictional characters in the show, some actually existed, therefore this season is filled with historical references that are worth analyzing. Even if the storyline is fictional and based on fantasy, it also depicts some elements from American history. This article will investigate those aspects, in order to give you, the reader, a glimpse into the show.

The history of Louisiana: focusing on New Orleans

For eighty years, the state called Lousisiana, in reference to Louis XIV, belonged to the French Empire. During this time, a considerable amount of French colonials settled in the state. Louisiana was given to the Spanish Empire between1762 and 1800, and France retrieved it for a short time as Napoleon Bonaparte sold it to the United States in order to finance his military campaigns. Althought it has belonged to the US for more than two centuries, you can still see the French influences on the culture in Louisiana until this day.

When the state was founded, it was already multicultural as French, German and African slaves inhabited it. When Haïti became part of the United States, Haitians would gradually settle in Louisiana. As the country was founded on immigration, Louisiana forms a vast melting pot[1]. The French mostly had a lingusitic influence on New Orleans. In the 19th century, 40% of the population spoke French, even after the Spanish domination.  During this century, Acadians arrived from Canada and implemented Acadian French in the state, until the language was banned in schools in the 20’s.

Nowadays, the French language has been rehabilitated, althought only around 250 000 people in Louisiana speak it, thanks to Acadian descendants who populated the state. The town’s most famous colonial district, Le Vieux Carré, flanks the Mississipi river and has managed to keep its ancient buildings. The Jackson Square, Bourbon street and the Café du Monde are the remains of an old francophone city, where the French bourgeoisie used to live.

Madame LaLaurie: a representation of the colonial bourgeoisie

This character was not invented by the show and is, sadly,  notorious until this  day. Delphine de MacCarthy was born in 1787, to an Irish father and a mother whose ancestors came from New France[2]. In AHS, her character embodies the New Orleans upper middle class of the 18th century. She was married to a French doctor and they both lived in a beautiful Creole house in the French district. This house still exists and it has even belonged to Nicolas Cage for some time. 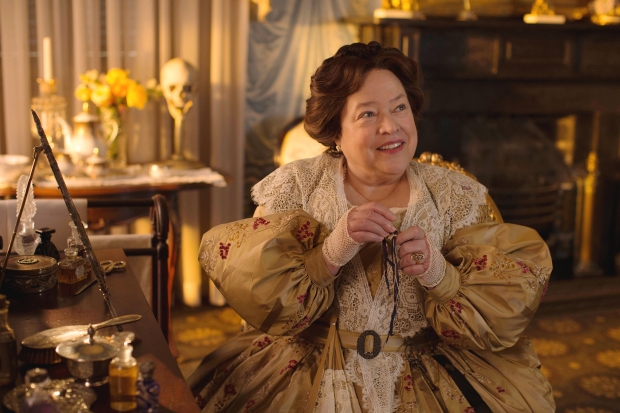 Madame LaLaurie’s notoriety derived from the utter cruelty she manifested toward the slaves who worked for her. Louisiana used The Code Noir[3] and Madame LaLaurie was particularly thorough in using it. According to historical records, some bystanders came to help the family when a fire started in their house. When they entered, they uncovered the horror room where she tortured and physically humiliated the enslaved people of her household. Allegedly, she would have killed no less than 30 people in that room. She was never convicted as she fled to Paris after this event. This horrific woman is played by the excellent Kathy Bates.

The Salem Witches: facts and fiction

The majority of the characters featured in AHS are witches and some scenes of the show picture real events that occurred in the US during the Salem witch hunt of 1690. Althoughtf the power of the witches, as represented in AHS, is fictional, they have actually been persecuted and killed for years, although the cause of these events is still unclear.

In the1690s, the colonies in Massachusetts were poor and constantly in battle with native tribes who lived nearby. At the same time,that some young girls from Salem Village[4] started acting in strange ways. They would use an unknown language to communicate and the whole village got scared. In reality, those girls were performing satanic rituals that were condemned by the church, and they were so scared of the consequences of their activities, that they preferred accusing other people in the village of witchcraftthe. 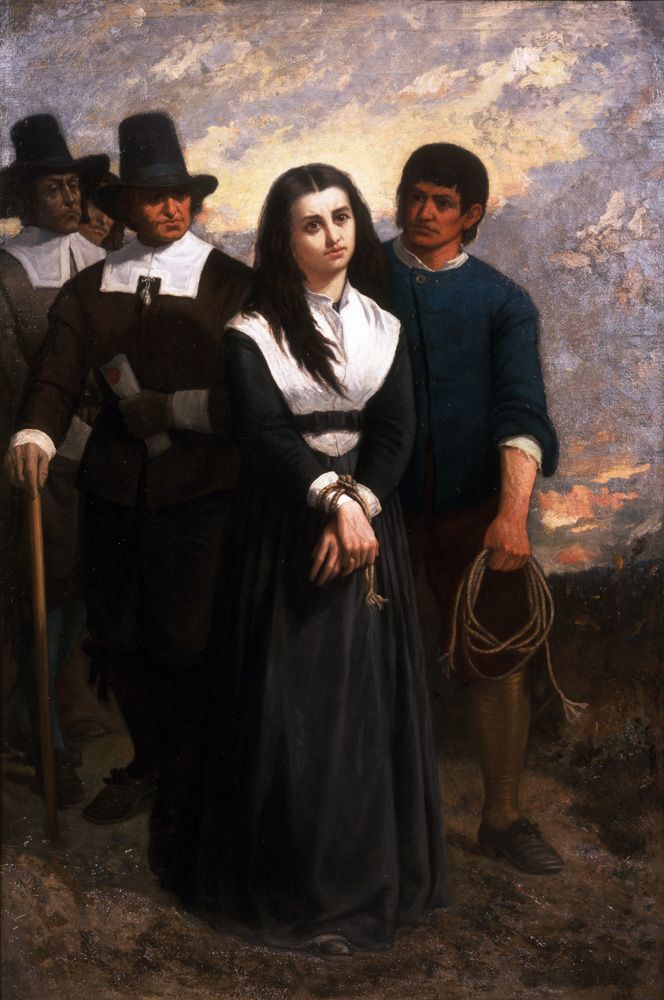 No one knows if those accusations were due to ergot bread[5], or if they were false allegations in order to gain influence or to harm the reputation of other families. Meanwhile those trials took place, around 20 women were executed and hundreds were arrested on those accounts.

Witch hunt: battling the devil or trials based on sexism ?

The colony experienced “witch hunting” during this time. The aim was to eliminate all female individuals who were supposedly linked to the devil. Puritanism[6] was linked with these events and some researchers assume that the trials reflected society at the time, as most of the defendants were women or precarious individuals, living off the grid of society. Out of the 19 accused in the Salem witch trials in 1692, 14 were women. Between 1638 and 1725, 78% of the alleged witches in New England were women. Slaves were also victims, and one of the first slaves to be condemned was Tituba, a barbadian slave who pleaded guilty.

This sociological and racial question is an important part of season 3 of AHS. The witches are almost all endangered women, who fear those who reprimand them. They are all powerful feminine characters and sisterhood is pictured as the only way for this community to survive. Queenie, a black witch, is the only female character who is a person of color, and, sometimes, she expresses her discomfort because of it. As a result, she decides to go to other black witches who specialize in voodoo. Marie Laveau, who is inspired by a true person, is one of them. 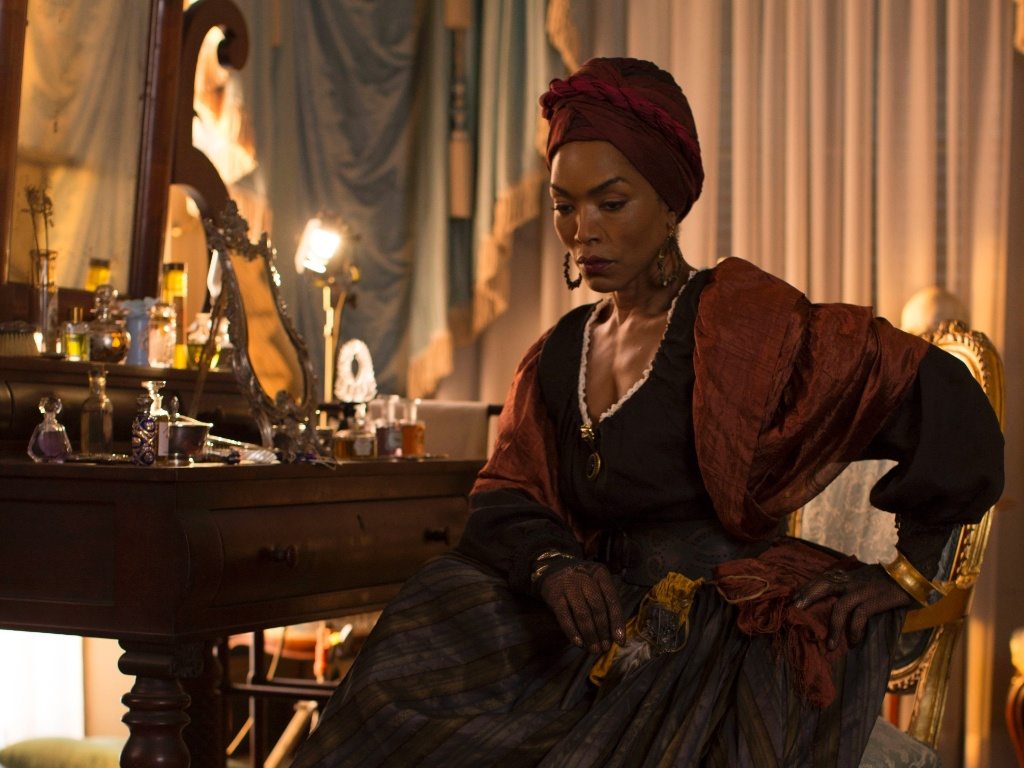 All of the witches in the show have magical powers, such as, clearvoyance or resurrection. Queenie is a human voodoo doll, as all the injuries she inflicts on herself harm others physically.

Voodoo: between fantasies and cultural heritage

Voodoo is often associated with dark and folkloric practices. This religion originated from Africa and is a mix of local beliefs. It was broguht to America with the slave trade and its practice changed according to the countries. Voodoo believers worship protective spirits for all kinds of purposes, such as love spells or ones that help with harvests.

Voodoo is a historical, cultural and religious heritage formed by the slaves who were transported to New Orleans. Porgressively, it became part of the catholic religion, that was well represented in the State. Voodoo was rejected by the settlers, who converted the slaves to catholicism. However, it was tolerated in New Orleans because of the fact that both religions were entangled.

Marie Laveau: an embodiment of the New Orleans voodoo

Born in 2801 to an emancipated black mother and a father of French descent, Marie Laveau was known in New Orleans and all over for her skills in herbalism and occultism, but she was also a successful businesswoman. She was a hairdresser for black maids and got to know their master’s secrets. This is how she attracted rich white customers, who came to ask for advice and remedies. Today, Marie Laveau remains one of the major Voodoo figures in New Orleans, and one of the most famous mambo. 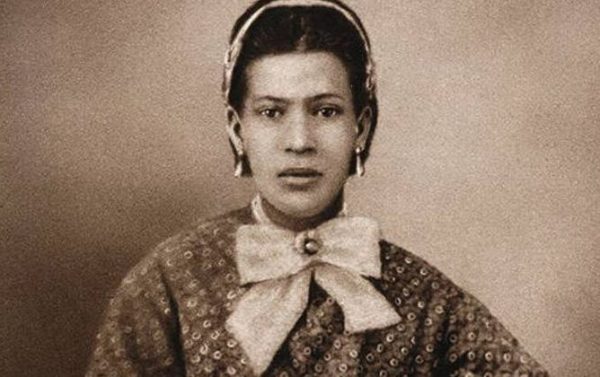 In AHS, Marie Laveau is played by Angela Bassett. The character was born in 1801 but she doesn’t age thanks to her powers. This character plays a major part in the show, as she is one of the most powerful witches. How she is represented in AHS might not be that different to how she was in reality, as she embodies a black woman of great power in a society where they had no place to exist freely. In season 3, she wishes to take revenge on Madame LaLaurie, which would have been historically possible as both women actually met.

As we watch i, this season truly resonates with recent events. It is an interesting way to rediscover the history of the United States and to get a grasp of its roots. Because all the main characters are women, the men only play minor characters, the show makes an important point out of questioning womens position in society. Althought the show openly denounced the Salem trials, it deals with matters like sexism and oppression of women throughout history. This season praises these women by giving them power, literally, and by showing them in all their glory and diversity . Season 3 of AHS has a devoted message and offers emotions, adventures and major historical references.

[1] French melting pot. According to the CNRTL, it constitutes a “mix and assimilation of several migratory flows that populated the United States in the Nineteeth century”.

[2] Former French colony, viceroyalty of the French Kingdom. New France was located on the present Canadian terrotory and held Quebec as its capital city.

[4] Promulgated in 1685 by the French Kingdom, this edict established the slaves’ judicial status in the French Caribeean. It stated that slaves were considered as “furniture” and that they had to be taught the catholic faith.

[5] Or ergotism. This could cause gangrene or convulsions, spasm and hallucinations. This could explain some cases of “witchcraft” or “possession”.

[6] Puritanism originates from protestantism and is identified by its rigor and religious austerity. Morals are essential in this movement. Puritans were often associated with calvinits as they wished to reform the protestant Church that they regarded as soft and impure.