Hungary is not under its first warning

On the 12th of September, the members of the European Parliament had already used the Article 7 against Hungary. The reason? The violation of the rule of law. The two-thirds majority was obtained thanks to the votes of EPP members against their Fidesz group colleagues. The result must now be validated by the European Council unanimously. Already knowing that Poland will veto, the condemnation was mostly symbolic. Despite tensions, the possible exclusion of the Fidesz had not been discussed. 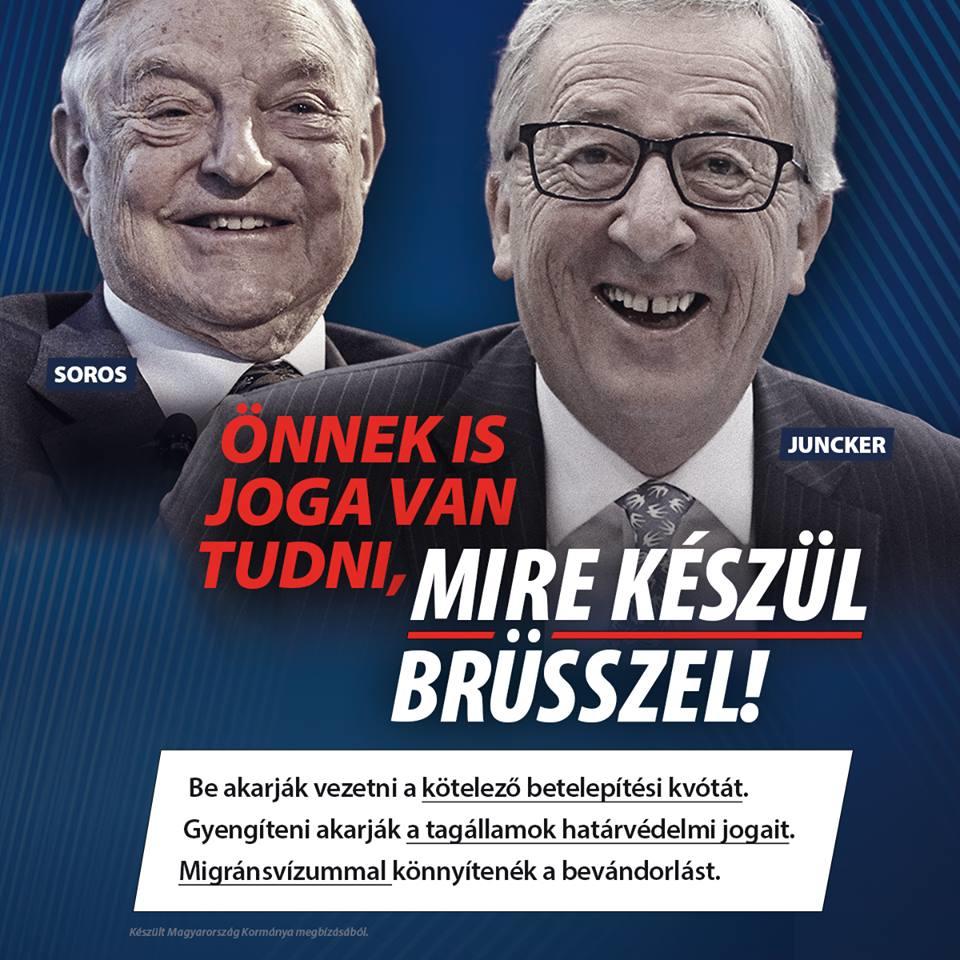 The Fidesz campaign poster headline: “You also have the right to know what Brussels is preparing.”

Subtitle “They want to introduce quota of compulsory resettlement [of migrants], weaken the rights of member states to defend their borders, facilitate immigration with a visa of migrant. »

Immigration and the EPP: Juncker vs Orbán

The last straw is an electoral poster. It shows Georges Soros but also Jean-Claude Juncker (EPP affiliate) accused of planning quota of mandatory migrants, which Hungary has always refused. The country only accepts Venezuelan Christian refugees, often of Hungarian descent. This is not the first manifestation of the tensions that exist between Orbán and Juncker. The latter had even, in a bewildering sequence, described the Hungarian Prime Minister as a dictator and “slapped” his cheek in front of the journalists.

A shift to the right

If Viktor Orbán is a member of the EPP, it is because he has not always been a far-right leader. Originally, the Fidesz was rather a center-right party, europhile and anti-communist. But it has gradually changed in nature. Identity themes have imposed themselves to allow the Fidesz to retain power. These themes are important for Hungarians, suspicious of foreigners.

Hungarian believe their sovereignty is flouted

Hungarians are still traumatized by the 1920 Treaty of Trianon, which reduced Hungary by two-thirds of its territory, leaving 30% of Hungarians living outside Hungary. There is also a fear of immigration, which exists everywhere in Central Europe. This feeling is explained by a demographics at half-mast, with 1.45 children per woman and by the young Hungarians who leave to work in Germany. The fantasy of lot of Hungarians is that the European Union wants to impose them to compensate for their loss of population by bringing immigrants, whose birth rate would be higher. 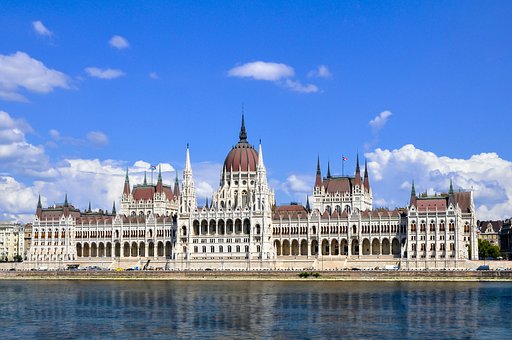 A procedure with uncertain outcome

It was the EPP President Joseph Daul of Strasbourg who announced the procedure for excluding or suspending the Fidsez: “Twelve EPP member parties from nine countries have requested the suspension or exclusion of the Fidesz”. According to the same source, a meeting will be held on March 20 to make a decision on the issue. According to Joseph Daul, “The decision is up to all EPP members and I cannot anticipate the outcome of the discussion”. In the meantime, we can try to estimate the balance of power.

For the moment, only twelve parties out of the seventy have requested the exclusion or suspension of the Fidesz. But none of the big parties; neither the CDU / CSU, nor Forza Italia, nor the Spanish People’s Party, nor the Polish Civic Platform, nor the French Les Républicains (LR). Moreover, François-Xavier Bellamy who leads the LR list for the Europeans “regrets the division of the EPP”. The twelve parties that initiated the procedure are the CdH and the CD & V (Belgium), Kokoomus (Finland), Nea Demokratia (Greece), the TS / LKD (Lithuania), the CSV (Luxembourg), Hoyre (Norway), the CDA (Netherlands), CDS-PP and PSD (Portugal), Kristdemokraterna and Moderaterna (Sweden). Together, they only represent 32 MEPs from the EPP out of 211.

However, the Fidesz disturbs far beyond this list. Even the Austrian Chancellor Sebastian Kurz, having made a coalition with the extreme right, criticizes Hungary. For the Chancellor “the Orbán campaign against Juncker is unacceptable.” Thus, it is difficult to know if the exclusion is likely to succeed or if it is just another loose reminder from a powerless EPP. Jean-Claude Juncker himself has expressed in an interview that the Fidesz no longer has a place in the EPP.

The Fidesz and the EPP are playing a dangerous game

For the EPP, the Fidesz is a dilemma. The fifth largest party of the EPP with twelve MEPs, the Fidesz is sure to provide at least as much in the next elections. However, the Fidesz may eventually dissuade the Party of European Socialists or the environmentalists as part of the renewal of a grand European coalition. Moreover, the Fidesz is never more popular than when Brussels reprimands it. However, in the long term, Hungary risks isolating itself from its European partners.

The Fidesz press service informed the Mediapart newspaper of its intention to remain in the EPP: “We are ready to debate to present our position. The Fidesz does not want to leave the People’s Party, our goal is to strengthen anti-immigration forces within the EPP. “Viktor Orbán’s goal is clear: to stay in the first European party and reform it from within to give it an inclination more on identity. Viktor Orbán has commited to end the campaign against Jean-Claude Juncker and he opposes his exclusion: “Such exclusion is not a rational option. It’s beyond the limits of our understanding “.

Provisional results at the last European elections of 2014.

Who are the potential allies of the Fidesz?

In case of exclusion, an alliance with the Group of Nations and Freedoms (Lega, Rassemblement National…) seem at first sight to be the natural option for the Fidesz. They share a sovereignist vision of the European Union, an anti-immigration rhetoric and the defence of the Christian heritage … But the problem of an alliance between sovereignists is that the sovereign interests of each country are often in contradiction. Italy’s interior minister, Matteo Salvini, is fighting against the Dublin Convention, which stipulates that the first country of arrival of migrants must take care of migrants. He prefers a more fair distribution in Europe via the introduction of quotas, which Viktor Orbán refuses. If this alliance is possible, it remains unlikely.

There is still the possibility of an alliance with the group of European conservatives and reformists of their Polish allies, Law and Justice (Prawo i Sprawiedliwość), and even with the group of freedom and direct democracy. On March 8, Viktor Orbán finally said he prefers an alliance with the Polish party (Law and Justice), allied with the conservatives and not with the Group of Nations and Freedoms (RN/Lega): “I would prefer to reform the EPP so that the anti-immigration forces like us have their place there, but […] if we have to consider anything else, it is with Poland that we will negotiate first. “

Source : Press Service of the President of the Russian Federation

A split between Western and Central Europe

A definitive exclusion from the Fidesz could worsen the split between Western and Central Europe. While Hungary’s economic dependence on Germany remains strong, it is increasingly looking for partners beyond the European Union. Thus, there is an improvement in relations between Hungary and the Russia of Vladimir Putin. Xi Jinping’s China is also looking closely at Hungary as part of its new Silk Road project. After the port of Piraeus in Greece and the Balkan route, Hungary is the new target for Chinese influence in Europe.

Viktor Orbán inaugurating the opening of the Bank of China in Budapest, NewChina TV, 2015